The network had been talking to Mulroney for several days, and had been searching for the right actor for weeks before finally closing a deal with Mulroney late Friday. NBC greenlit a "Rockford" remake weeks ago and has long considered the project one of its biggest contenders for fall 2009. 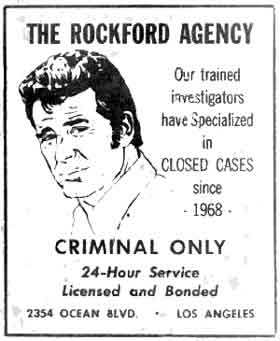 During its original 1970s run, "Rockford" stood out from the glut of detective and cop shows by focusing on a main character who "was a semi-cowardly con artist with a gift for gab who would rather go fishing," as the website Thrilling Detective put it.

If Shore stays true to those roots, "Rockford" will stand apart from the modern crime wave of shows such as "CSI" and "Law & Order," which take a serious approach to crime-solving. Indeed, the procedurals that have been working best in recent years have been shows such as CBS’s "NCIS: LA" and ABC’s "Castle" — not to mention just about every blue sky caper on USA Network.

As for Mulroney, he’s starred in a number of romantic comedies during his career, from "My Best Friend’s Wedding" to "Must Love Dogs,"The Wedding Date" and "Griffin & Phoenix."

His TV credits include a guest stint on "Friends" and the 2008 Lifetime adaptation of "The Memory Keeper’s Daughter."