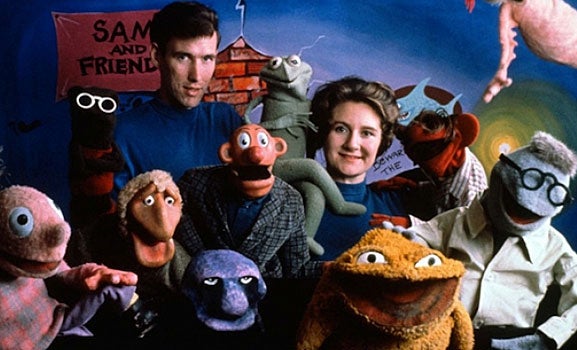 Jane Henson, the co-creator of the Muppets and ex-wife of Jim Henson, died in her Connecticut home on Tuesday after a long battle with cancer. She was 78.

Henson, born Jane Ann Nebel in 1934, met her future husband and business partner in a puppetry class at the University of Maryland in 1954. While still studying as undergrads, the duo began producing "Sam and Friends," an early version of the beloved Muppets, for local NBC affiliate in Washington, D.C., WRC-TV.

The five-minute puppet series aired before "The Huntley-Brinkley Report" and "The Tonight Show Starring Steve Allen." It wasn't long before the short show attracted an audience and led to the Muppets making appearances on the top variety shows of the era, beginning with "The Tonight Show."

After Jane worked with Jim as a puppet designer, performer and business partner for five years, the couple married in May of 1959. They gave birth to five kids — Lisa, Cheryl, Brian, John and Heather — before legally separating in 1986.

Over the years, Jane collaborated with Jim on a number of projects including the traveling museum exhibit "The Art of the Muppets," "The Muppet Show on Tour" and the "Sesame Street Live" arena stage shows. She also served on the board of The Jim Henson Foundation and, due to her talent for spotting quality puppetry, became the point of entry to the Jim Henson Company for many top puppeteers.

Despite the end of her marriage to Jim, Jane continued to share his passion for puppets and the legacy they created together. Following Jim's death in 1990, Jane funded and founded The Jim Henson Legacy in order to preserve his artistic contribution to society.

In 2001, she created the Jane Henson Foundation, where she continued her philanthropic work. Jane also co-founded The National Puppetry Conference at the Eugene O’Neill Theater Center as a means of continuing to discover new puppet performers.

Jane is survived by all five of her children.