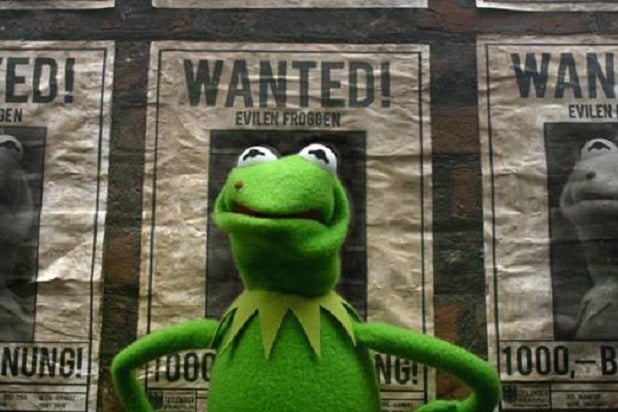 Uh-oh; Kermit the Frog’s in hot water — which, as we all know, is not very good for frogs.

A new trailer for the upcoming movie “Muppets Most Wanted” hit the internet Wednesday, featuring a gaggle of guest stars and one very troubled amphibian.

It seems that Kermit’s doppelganger Constantine — as it turns out, a criminal of worldwide infamy — is up to some dastardly deeds, and because of the stunning resemblance between the two, Kermit finds himself in the slammer, while wacky chaos ensues in the outside world.

Along for the ride are Tina Fey, Ricky Gervais, “Modern Family” star Ty Burrell and Zach Galifianakis — because what’s a Muppet movie without a gaggle of guest stars?

“Muppets Most Wanted” hits theaters on March 21. Get a little taste of what’s to come by clicking on the video.