Two men with entertainment industry ties arrested in the drug overdose deaths of two women dumped at Los Angeles hospitals have been been charged with counts including murder and accessory after the fact, the Associated Press reported Wednesday.

David Brian Pearce, 40, was charged with murder and two controlled-substance counts, according to the Los Angeles County district attorney’s office. Brandt Osborn, 42, was charged with being an accessory to murder.

Osborn, an aspiring actor, was taken into custody on the set of “NCIS: Los Angeles” in Hollywood in December. The 42-year-old was not part of the regular cast and had reportedly been working as a background actor. Osborn was originally booked as an accessory to manslaughter.

Pearce was arrested in December and held on $1 million bail for suspicion of manslaughter. He was already awaiting trial on sexual assault charges brought by seven women from 2007 to 2020. Though media reports refer to him as an actor and producer, and he has appeared in photos at industry events, whether he had any legitimate film or TV credits couldn’t be immediately determined. 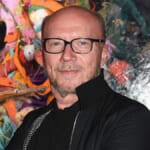 Attempts to reach Pearce’s attorney, Jacob Glucksman, weren’t successful Wednesday night. He had previously told the LA Times that his client “adamantly and strongly denies any connection to these women’s unfortunate deaths.”

Model Christy Giles, 24, and her friend, architect Hilda Marcela Cabrales-Arzola, 26, were reportedly last seen attending an East Los Angeles warehouse party. Authorities believe they then went to Pearce’s townhouse. Detectives said they believe both women were given drugs and overdosed.

Giles was found dead outside Southern California Hospital in Culver City after masked men in a car with no license plates dropped her there, police said. Cabrales-Arzola was left at Kaiser Permanente West Los Angeles Hospital, where she died 11 days later after being removed from life support.

The Los Angeles County coroner’s office found the women died from overdoses and had several drugs in their systems. The drugs included cocaine and fentanyl for Giles and cocaine and ecstasy for her friend.