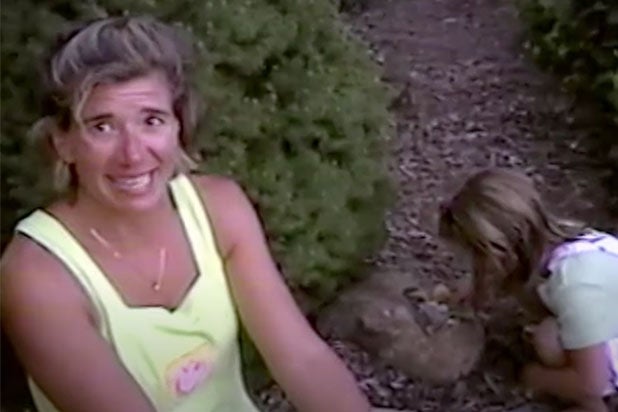 (Spoiler Alert: The story below contains spoilers about HBO’s “Murder on Middle Beach”)

HBO’s “Murder on Middle Beach” focuses on a filmmaker, Madison Hamburg, who is trying to find answers to his mother’s unsolved murder 10 years ago. While the lines were often blurred between being an unbiased journalist and a grieving son, he learned a lot about his family, and Hamburg says he feels like he got a second chance at being a better son through the making of his documentary series.

Barbara Hamburg was murdered in 2010 in Madison, Connecticut, and found outside of her home by her sister, Conway Beach, and her daughter, Ali. The case remains unsolved today.

As the docuseries progresses, Madison Hamburg discovers things about his mother that he previously had not known, as well as complicated family dynamics, all while trying to eliminate suspects in his family.

“The story revolves around me looking for answers, but I couldn’t help but feel an intense amount of sadness, the little things of sadness that she was going through that I didn’t know,” he told TheWrap. “Her thoughts about her body, if she’d be in a relationship again, if I would land on my feet, if we ever got along. I think I held onto regret for not being a better son, and this has provided me a second opportunity to do so.”

The first episode of “Murder on Middle Beach” airs on Sunday on HBO.

Read TheWrap’s Q&A with the filmmaker and son below.

TheWrap: When did you first decide you wanted to do a documentary about something so personal?

Madison Hamburg: When I started the doc, I didn’t have it in my head that this was going to be on the stage that it was on. When my mom died, I was a drug addict, I was addicted to opioids, I ran from accepting the world without her. I went to rehab, I hit rock bottom. On Aug. 30, 2010, I came back to school — I was in film school when it happened — I didn’t tell anyone. The first time I really had an experience telling someone what had happened was in the documentary class, where I felt I was coming out of the fog, out of the shock and drug addiction. And before it was too late, I wanted to take a record of what people remembered. When I started, I realized I didn’t know my mom. She was a superhero to me, but I quickly realized I didn’t know Barbara. I got addicted to that, I was grieving someone that I didn’t really know and there was this discovery process. That eventually turned to grieving Barbara and finding this empathy for all these people in my life. We quickly realized this was bigger than a short project for documentary class — we didn’t finish the assignment, my professor gave me an A with the condition that I never stop working on this.

In 2016, we had a little more intention in what we were doing. As the conversations unraveled, we realized this was bigger than just a feature… It was a tough pitch because it was, ultimately, a story about identity and a story about navigating the trauma of an unresolved crime, not a headline for the brutality or dissecting the specifics of the crime. It’s more about trying to exonerate people and dispel distrust among family members.

I think part of obsessing over this was a part of bargaining — if I can keep digging and discovering things about her, I never have to deal with her loss. Going through her Facebook was this insane amount of empathy. The story revolves around me looking for answers, but I couldn’t help but feel an intense amount of sadness, the little things of sadness that she was going through that I didn’t know. Her thoughts about her body, if she’d be in a relationship again, if I would land on my feet, if we ever got along. I think I held onto regret for not being a better son, and this has provided me a second opportunity to do so. Guilt and regret is a way of trying to get the past back when you’re going through grief. I think her Facebook was just so her. When she died, I called her phone because I wanted to hear her voice — it brought this wave of something I hadn’t dealt with.

You get so deep into your family’s history. What was most shocking?

I don’t think anyone was opposed to me doing it, even if it meant sacrificing their own privacy. I think they understood that this part of exploring this is the only way I can do that.

The most surprising realization for me was — and maybe I was just naive and thinking that I knew my mother — how sheltered I was. There is this overarching theme of duality of the facades of the shoreline over the wealthy privilege I grew up with, with the inherent conflicts of darkness. It felt like my clenched teeth sometimes, that the exterior was more and more hyperbolic as the darkness was manifesting. The gifting tables, for example.

Did you ever find yourself struggling to balance being an unbiased journalist and a son who had lost his mother?

Extremely. I was sort of split throughout this process of being a journalistic investigator and the brother, nephew, son. And those two elements and perspectives are not always… they created a lot of conflicts. When I started questions in 2013, it was from the perspective of the son. The pendulum swung pretty far in the other direction. In episode four, you see the documentary might cause problems for the people involved.

When I tell people my mom got murdered, there’s a thing that goes through people’s minds, and the doc has changed those connotations, and breaking that fourth wall was very important to me. That’s something that I felt was missing in other true-crime documentaries.

Did you have a suspect? Did that change throughout the making of the doc?

Part of the challenge of the initial investigation — and I can’t speak for the police — with going through grief, there’s a human need for an answer partly because of self-preservation. Your world becomes that much less safe and your trust levels become less. In some people’s grieving process, they couldn’t leave it lingering, there is some confirmation bias that comes along with needing answers, and people start at the end and try to fill in the dots. I’ve been careful not to have a hunch. For me, it’s about following leads, and I’m just trying to exonerate people so my family could trust each other again.

I don’t know why my mom died, but from what I can ascertain, I know how she died. And I hope that someone watching will call their mother if they can, and that people realize that there is a double-edged sword and there’s this residual lingering in our grieving process. True crime stories are more than headlines — it’s a ripple effect of trauma that people are trying to navigate. We have a tip line and there are anonymous ways to reach out — if the series doesn’t solve the murder, it becomes a tool to that effect.