Old Media Murdoch and New Media Huffington took off the gloves Monday at the start of a Federal Trade Commission workshop examining the impact of the internet on journalism. 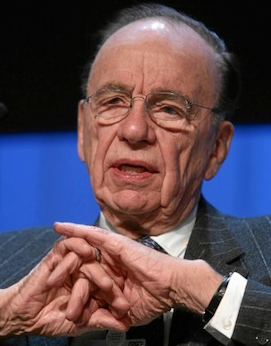 Calling the future of journalism “more promising than ever,” News Corp. chairman-CEO Rupert Murdoch Tuesday told the FTC that he intended to expand charging to read news to more of his newspapers’ websites and is extensively exploring providing content to various e-book and mobile TV platforms.

A bit later, Arianna Huffington, founder and editor-in-chief of Huffington Post, accused some publishers of crying phony tears about being hurt by content aggregators, even as they themselves aggregate content.
And pointed specifically to Murdoch.
“Never bet on a company that takes itself out of Google,” she said, noting News Corp.’s negotiations to sign an exclusive agreement with Microsoft’s Bing for web content.
“Having Glenn Beck not searchable on Google is a really good thing for democracy, but as a business move, it is not a smart move.”
And she ridiculed attempts to get consumers to pay for news content, saying consumers aren’t going to do it, except for some financial sites. 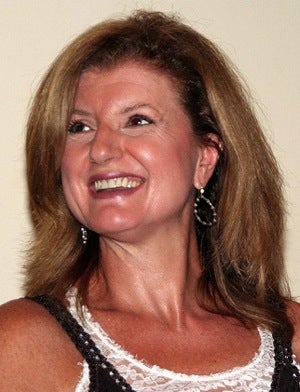 “We can’t use an analog map to try to find solutions for a digital world.
She also suggested that publishers are switching models to pay for web content “as often as Lindsay Lohan switches meds” when what they should really be doing is adopting new models for providing content.
The FTC is exploring whether government action is needed to preserve journalism in the face of sharp cutbacks by newspapers and other media. Exactly what action the government should take isn’t yet certain. There have been calls for subsidies, changes in anti-trust or copyright laws, and also warnings not to impose new limits on ad targeting by media companies.
“Journalism is in trouble,” warned FTC Chairman Jon Leibowitz — whose wife is a Washington Post columnist — at the start of the workshop.
He said the FTC’s question is whether the changes represent “creative disruption” that ends in a rearrangement of journalism or a far more serious choice, “simply disruption.”
“The facts are striking,” he said, citing the declining ranks of journalists and layoffs at newspapers. He called journalism “essential to a well developed democracy” and questioned whether cuts were already impacting public discussion.
Murdoch said he is increasing, not decreasing spending on journalism, and he advised against the government getting involved in trying to protect journalism. He suggested that the key to being a success is not being wed to the journalism forms of old.
“The future of journalism belongs to the bold,” said Murdoch, who used the workshop to disclose more detailed plans yet to start charging for web content and expand Fox content to mobile phones and other devices.
He indicated that Fox has been discussing for two years using a portion of its broadcast spectrum to broadcast directly to mobile phones, a move that could cut cellphone providers out of video revenues, though he wasn’t specific.
“Quality content is not free,” he said. “The business model that relies primarily on advertising is dead. In the news business model we will be charging consumers for online.
Citing the more than 1 million subscribers who pay to access the Wall Street Journal online, he said News Corp. will now start charging at its other newspapers. “Critics say people won’t pay, but I believe they will.”
He also warned about content aggregators who use content produced by News Corp.
“It is not fair use. It is theft,” he said. “When this work is misappropriated it destroys the value of content.”
For her part, Huffington said Murdoch had confused aggregation “with wholesale misappropriation.”
“It’s a zero sum game. Many of those complaining the loudest are working both sides of the street,” she said. She called aggregation “part of the web’s DNA.”
She suggested many of the problems of newspapers were the results of cost cutting and attempts to maximize profits rather than to invest.
“They were asleep at the wheel,” she said.
It is time for traditional media companies to stop whining and face the competition.”Other speakers Tuesday morning included Rick Edmonds, a media business analyst for the Poynter Institute, who told the FTC that cutbacks in journalism are reducing coverage of arts and science and prompting publishers to do less news on the main city and less on the surrounding area.
He called the current state “discouraging, not hopeless.”
Paul Steiger, editor-in-chief and president-CEO of ProPublica, who is also former editor-in-chief of the Wall Street Journal, warned it could be years before local news content from other sources replaces the content that is being lost now.
“It is robbing American people of a bulwark of our democracy,” he said.
x
Looks like you're enjoying reading