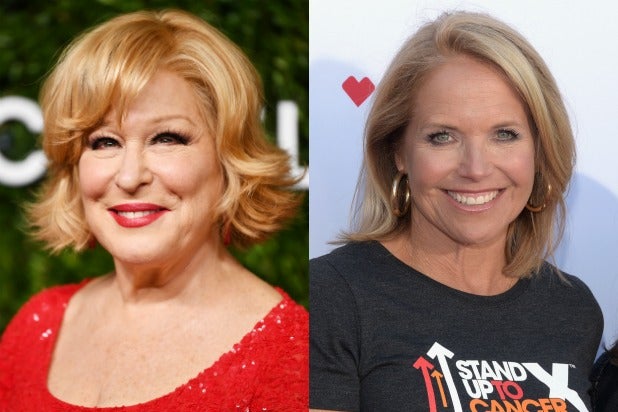 Midler will reprise her role as Caprice Morton, previously known as Caprice Feldman, Murphy’s former secretary. Now, though, Caprice has a surprising new connection to Murphy, making her, if possible, even more entitled and unbearable. Midler will appear in the Thursday, Nov. 8, episode.

Couric previously appeared on the series in 1992, attending Murphy’s baby shower. She will appear in the Thursday, Nov. 8, episode as herself, hosting a Lifetime Achievement event and running into her old friends, Murphy and Corky.

Also appearing on Nov. 8 will be Larroquette, playing Judge Nate Campbell, a kindred spirit to Murphy. Shields will play Holly Mackin Lynne, a woman who wakes up after being in a coma for years. Holly was one of Corky’s beauty pageant friends, and her experience was dubbed The Sleeping Beauty Case 10 years ago, but never solved. Shields will appear in the Thursday, Nov. 15 episode.

Gallagher will appear in the Thursday, Nov.1 episode as the notorious manspreader and conservative right-wing news anchor John Haggerty of the WOLF Network, covering an election with Avery Brown (Jake McDorman).