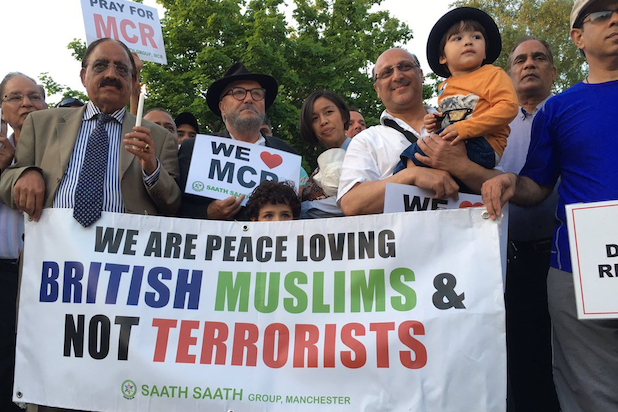 About 500 Muslims, including young children, took part in a peace march from a mosque to the site of the Manchester Arena bombing, where 22 people were killed by a suicide bomber as they left an Ariana Grande concert.

“That’s the image we want to show — that we are a part of society campaigning against the terrorist,” Moin Azmi, a spokesman for the mosque, told the Manchester Evening News. “Children were killed when they should have been having fun.”

The marchers also left flowers and notes for the victims. About 15 percent of Greater Manchester’s population of 2.5 million is Muslim, according to the Los Angeles Times. 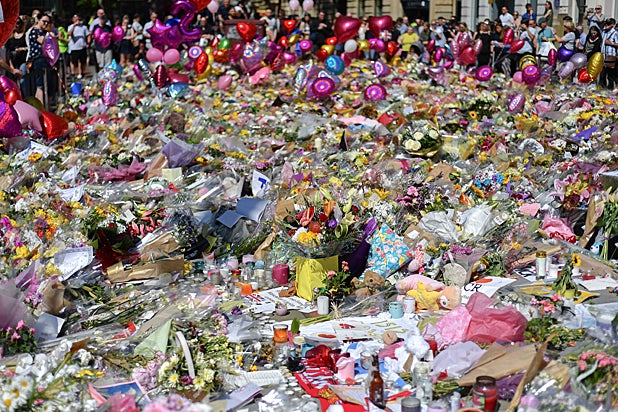 Salman Abedi, a 22-year-old son of Libyan refugees and a first-generation Manchester resident, planted a nail bomb outside of the arena on Monday, where thousands of fans had just attended Grande’ concert.

“We feel as a mosque we have to unite and show our sympathy for the lives that have been lost,” said Imam Arshad Misbahi. “This peace walk shows our feelings towards the atrocity.”