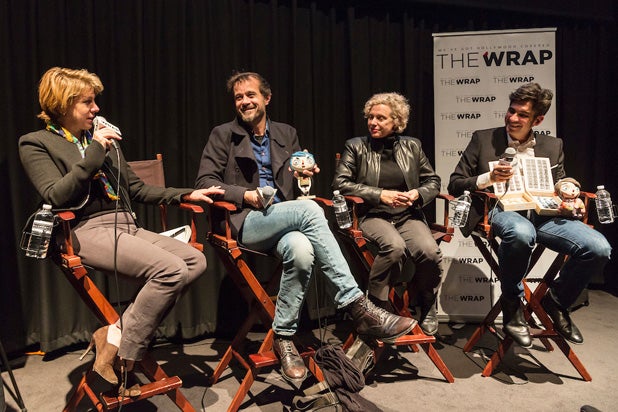 Max Karli proudly produced “My Life as a Zucchini (Ma vie de Courgette),” a Swiss-French stop-motion animated film about a boy nicknamed Zucchini who moves into an orphanage — and which has picked up some Oscar buzz — but the veteran of live-action movies didn’t always want to be involved.

“It’s a bit of a sad story — I have to say I didn’t want to make this film,” Karli told TheWrap Editor-in-Chief Sharon Waxman at a Q&A following a screening of the movie Tuesday evening in Los Angeles. “Today, you’d say, ‘Why wouldn’t you do it?'”

Karli said he was steered toward the project by another producer on the verge of retirement who told him doing the animated film would be easy. That wasn’t the case.

“I don’t know if there’s a live-action producer in the room,” he said. “Try once to do animation and everything is easy in life.”

The film follows Zucchini as he is taken to live in an orphanage after accidentally killing his alcoholic mother. While the transition is rough at first, Zucchini and the home’s cast of misfits form their own family of sorts — providing the love they aren’t getting from their absent family members, who are out of the picture for real-world reasons like drugs and crime.

“We thought that when we had this group of young kids that have been abused and then they find each other together and they go toward the light,” Claude Barras, the film’s director, said at the Q&A, “it was a beautiful story to tell children.”

Barras met Karli about five years ago, when he had been working on several short animated films related to childhood. Barras had previously read the book of the same title on which the film is based and wanted to adapt the story for the big screen.

Doing it as a stop-motion animated film, however, presented plenty of challenges that were new to live-action veterans like Karli. Every move has to be carefully planned — and there was no turning back if a mistake was made.

“Everything has to be thought of before and planned before and methodical,” Barras said. “You already edited the movie before you start shooting the first scene.”

He said that before they even started animating the film’s opening scene, they had already recorded the voices of the children involved in it.

“Each shot that we take is already, in a certain way, the finished product,” Barras continued. “Because you see everything with the voices and the sound. For someone that comes from live action it’s a little bit unnerving and scary.”

The 70-minute film has an $8 million production budget, and was shot over three years. It was released on Oct. 19 in France.