This holiday season, I wish… 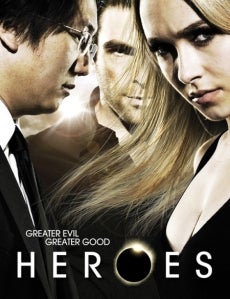 For someone to put "Heroes" out of its misery. It’s time. Most viewers have abandoned it, and those who are still watching seem to be doing so out of professional obligation, habit or just to see how badly it’s gone off the rails. What was once a promising phenomenon has turned into an embarrassment of convoluted plotting and multiple (failed) last ditch efforts to relaunch the series.

For Project Runway not to suck. The show’s first season on Lifetime was, well, a bore. The designs were as uninspiring as the challenges. Judges Michael Kors and Nina Garcia were gone far too often, leading to bizarre challenge winners and far-too-early exits (one can only imagine was Epperson might have gone on to do). Season seven’s premiere on Jan. 14 will find the show back in New York, which I hope means Kors and Garcia will actually be around for judging.

For more people to discover "Being Erica." I really want this show to succeed because I love it and selfishly want more episodes. But I also want it to succeed because television needs a show like this. Where chick flicks and TV shows about adult women who act like teenagers are failing, "Being Erica" is intelligent, mature, therapeutic and honestly real despite the fact that its heroine travels through time. "Being Erica" is a show created by a woman for real women about a woman like them. Season 2 premieres Jan. 20 on SoapNet, which will rerun the entire first season on Jan. 17 from 11 a.m. to 12 a.m. Hint, hint. 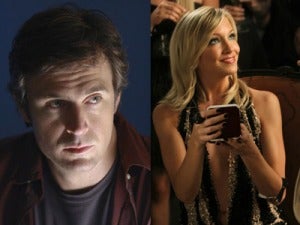 For Jack Davenport and Katie Cassidy to be freed from "FlashForward" and "Melrose Place," respectively. With Adrian Pasdar being written off "Heroes" — he’s far too good to be stuck on the middling show; go watch "Profit" if you don’t believe me — my wishlist has been narrowed down to just two actors who are far better than the material they’re being given. I loved Davenport on the British comedy "Coupling," where he was hilarious and sincere, so it’s quite frustrating to see him stuck in a show that took nearly half a season to get any momentum going. Meanwhile, Cassidy has taken her "Melrose Place" dialogue and made it far better than it has any right to be.

For "Better Off Ted" to live. I was pleasantly surprised that America tuned in for the premiere of "Modern Family" and continues to watch it. Unfortunately, viewers haven’t extended the same courtesy to ABC’s delightfully bizarre workplace comedy "Better Off Ted." Your loss, America. 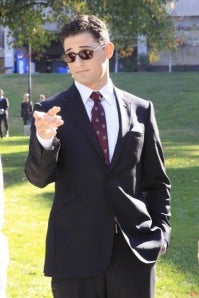 For Gilles Marini to return to "Brothers & Sisters." Judging from what showrunner David Marshall Grant told me in November, it’s going to happen, but I can’t help wishing for his speedy return. Marini’s Luc was one of the best things to ever happen to the show. He brought some much-needed levity, romance and charm, rejuvenating Sarah and the series in the process. He’s also not bad to look at.

For an update on "Friday Night Lights’" Jason Street. We got our Matt send-off. We got a mention of Smash and Tyra. We even got Lyla back for two episodes. We’ve still got Tim Riggins. Now how about some word on how my favorite original Panther is doing in the big city as an aspiring sports agent and new father?

For someone to snap up Enver Gjokaj. "Dollhouse" is full of fantastic actors: Dichen Lachman, Amy Acker, Fran Kranz, Olivia Williams, to name a few. But the one I’d most hate to see disappear from my TV set is Gjokaj. As the lovesick blank doll Victor, he’s shown great versatility and an uncanny ability to tap into the other actors’ performances, playing everyone from nerdy brainiac Topher to head of security Dominic to a serial killer to a ditzy girl who just wants to dance. So please, someone hire Gjokaj this upcoming pilot season. Or you could go with a suggestion I threw out on Twitter: Cast him on "Burn Notice" so he can continue to play a different person every week. You won’t be sorry.

For "Mad Men’s" quick return. Is it whenever-"Mad-Men"-season-4-premieres already?

BIO Vlada Gelman
Vlada Gelman contributes to the Los Angeles Times Show Tracker blog and has worked for TVWeek and the Paley Center for Media in Beverly Hills. She runs the TV blog Staying In and can be found on Twitter: @stayingin.

Vlada Gelman contributes to the Los Angeles Times Show Tracker blog and has worked for TVWeek and the Paley Center for Media in Beverly Hills. She runs the TV blog Staying In and can be found on Twitter: @stayingin.
x
Looks like you're enjoying reading