They also have formed a production company that will work with BermanBraun to develop and create additional television series with Discovery Channel. 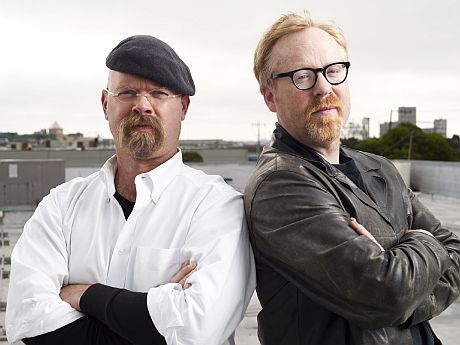 Hyneman (at left in photo) and Savage (at right) will extend their activities to videogames and a live show that they plan to tour around the country.

With BermanBraun, they also will create and produce a branded web initiative.

“We’re excited not only to continue on the ‘MythBusters’ series for Discovery, but also to expand our reach into additional opportunities in television, the internet, touring, videogames and more, Hyneman said in a statement. "We could not have accomplished this escalation without the dedicated efforts of our entire team, and we’re also extremely grateful to Discovery for their continuing expressions of confidence.”

“Adam and Jamie infuse science with their special brand of humor, tenacity and passion,” Clark Bunting, president-general manager of Discovery Channel and president of Science Channel, said in a statement. “Now that they are taking on co-executive producer roles, viewers are guaranteed to see even more of their smart and engaging personalities throughout the new shows.”

William Morris Endeavor will package and represent all new series and represent the pair in all other platforms and ancillaries. Hyneman and Savage are currently working with WME on developing the live show to take on tour later this year.