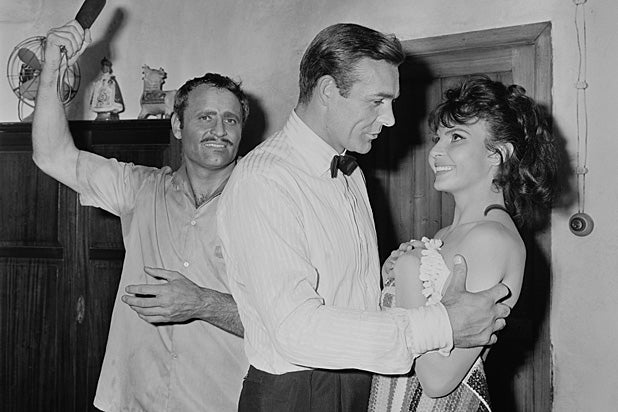 Nadja Regin, an actress who starred in two James Bond films opposite Sean Connery, has died. She was 87.

“Our thoughts are with her family and friends at this sad time,” @007 account wrote.

Regin, who was born Nadezda Poderegin in Serbia, starred in 1963’s “From Russia With Love” and in 1964’s “Goldfinger” as the character “Bonita” in the film’s opening sequence. And before that, she was the mistress to the MI6 station boss in “From Russia With Love.” She got her start acting at home and in Germany before moving to the UK in the mid-1950s.

Also Read: The Next James Bond? Chris Hemsworth Already Has an 'Audition Tape' to Play 007

Some of her other acting credits included “Runaway Killer,” “Downfall,” “Danger Man,” “The Saint” and the 1965 TV adaptation of “The Third Man.”

In the 1970s, Regin and her sister Jelena formed a publishing company called Honeyglen Publishing Ltd., which specialized in publishing letters, philosophy of history and some fiction. Regin also dabbled as an author, publishing an ebook under her name Nadja Poderegin called “The Victims and the Fools” and the children’s story “The Puppet Planet.”

Last week, another “Goldfinger” actress, Tania Mallet, who played Tilly Masterson in the film, also passed away at the age of 77.

We are very sorry to learn that Nadja Regin has passed away at the age of 87. Nadja appeared in two Bond films, FROM RUSSIA WITH LOVE and GOLDFINGER. Our thoughts are with her family and friends at this sad time. pic.twitter.com/PVriNun3MY