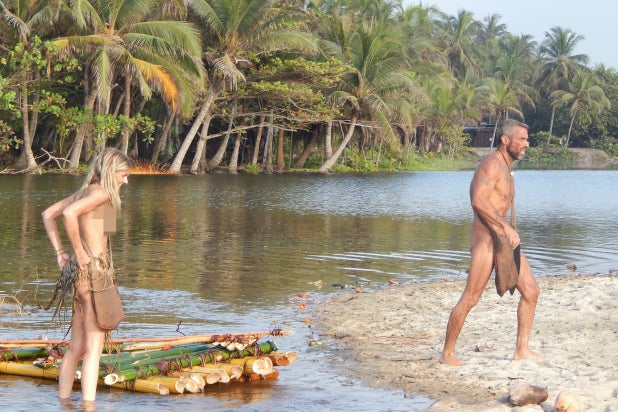 Discovery wants you to get more naked (and afraid). The cable channel has renewed its hit series “Naked and Afraid” for Season 3, TheWrap has learned exclusively.

The April 19 Season 2 premiere of “Naked and Afraid” topped the series’ debut in the cable channel’s key demo. From Renegade 83, the show is the No. 1 survival series on cable.

About a month ago, Discovery unveiled its newest slate of programming, including spinoff “Naked and Afraid XL,” which will premiere this summer. The “XL” version features 12 of the smartest, most dynamic survivalists who have previously appeared on “Naked and Afraid,” Discovery Channel explained.

“These six men and six women, all extreme survivalists with their own expertise, will find themselves in an almost unsurvivable situation, stranded in a very remote area with no food, no water and no clothing, and at first, they won’t even have each other,” the official description reads. “Some may find a partner within minutes or hours. Some may not meet up with anyone at all.”

Meanwhile, Discovery Channel just had its best April ever among men 25-54 in primetime. Per Nielsen’s Live 3 Day ratings, Discovery rose 10 person in that demo from last year’s same month; it also added 8 percent growth among the female version of the same age group. (All-in, the channel was up 10 percent in the key 25-54 demographic versus April 2014.)

Discovery moved up from No. 5 to No. 3 year-over-year among those 25-54 when considering all ad-supported cable channels in April.

Drilling down further, “Deadliest Catch” was cable’s most-watched unscripted show this month in both total viewers and the key demo, with an average of 3.87 million viewers for the month. Rounding out Discovery’s Top 5 unscripted series for the month were “Naked and Afraid” (3.31 million) “Fast N’Loud” (2.55 million), “Bering Sea Gold” (2.18 million) and “Dual Survival” (2.15 million).

“Naked and Afraid” airs Sundays at 10 p.m. on Discovery Channel.