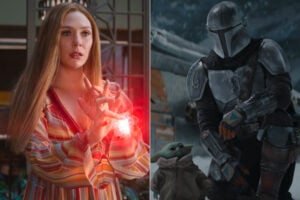 With the “Name That Tune” season finale and no new “Chicago” shows again on NBC, we can name Fox Wednesday’s preliminary ratings winner. There’s no reason to think that won’t hold — but there is a whole lot of competition one-tenth of a Nielsen ratings point away.

CBS, NBC and ABC all tied for second in ratings. Univision and Telemundo tied beneath them. With a pair of reruns, The CW ended up in last place.

Fox was first in ratings with a 0.5 rating/4 share in the advertiser-coveted 18-49 demographic and third in total viewers with an average of 2.570 million, according to preliminary numbers. “Name That Tune,” hosted by Jane Krakowski, aired across the entirety of Fox’s two-hour primetime, averaging those numbers from 8 p.m. to 10 p.m.