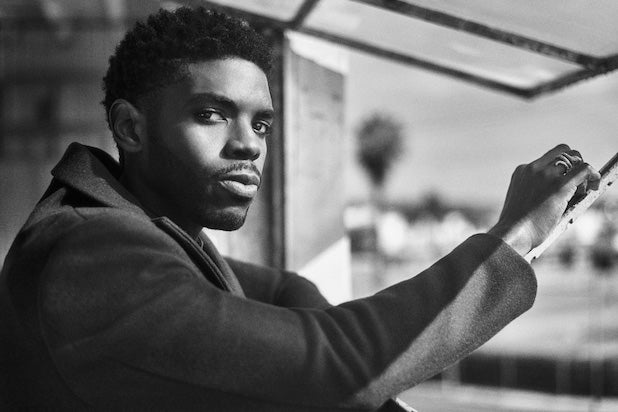 The CW’s “Nancy Drew” spinoff series “Tom Swift,” which is currently in the development stage, has cast Tian Richards in the title role.

Richards will be introduced as the character in an upcoming episode of “Nancy Drew” that will serve as a backdoor pilot for “Tom Swift.” On the installment, Tom will crash into one of Nancy Drew’s investigations, an event which Nancy interprets as supernatural and Tom believes to be cosmically paranormal.

Should “Tom Swift” be ordered to series, Richards would reprise the role to lead that show.

Also Read: 'Nancy Drew' Spinoff 'Tom Swift' in the Works at The CW

“Tom Swift” follows the serialized adventures of its titular Black, gay, billionaire inventor who is thrust into a world of sci-fi conspiracy and unexplained phenomena after the shocking disappearance of his father. Tom takes to the road on a quest to unravel the truth, leaving behind the comforts of his usual moneyed lifestyle, all while fighting to stay one step ahead of an Illuminati-scale group hell-bent on stopping him. Tom’s missions will require his genius and flair for innovation guided by love, romance, friendship and the mysteries of the universe yet-unsolved.

The “Nancy Drew” and “Tom Swift” book series are both published by Stratemeyer Syndicate, which also publishes the “Hardy Boys” and “Bobbsey Twins” books. The new spinoff marks an attempt to build a franchise out of “Nancy Drew” similar to the network’s various “Vampire Diaries” spinoffs or its suite of DC superhero series.

Richards was most recently seen in “Burden,” opposite Forest Whitaker, which was an official selection at the Sundance Film Festival. His other credits include Netflix’s “Dumplin'” with Jennifer Aniston, “Being Mary Jane,” “The Immortal Life of Henrietta Lacks” with Oprah Winfrey, and “A Bad Mom’s Christmas.”

He is represented by APA, Stride Management, and Lucy Popkin and Hayes Robbins of Goodman, Genow, Schenkman, Smelkinson & Christopher, LLP.