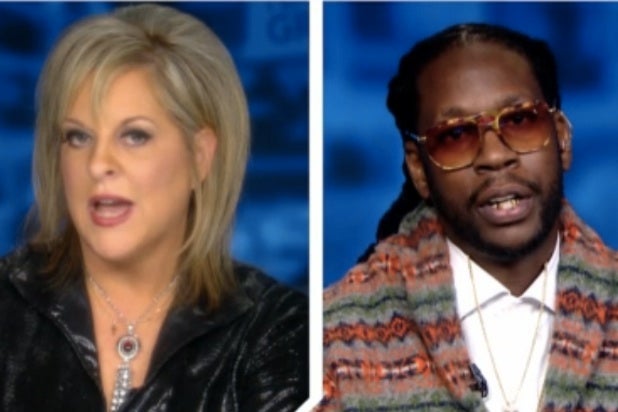 Nancy Grace doesn’t think marijuana should be legal, and she and rapper 2 Chainz squared off over the matter Tuesday.

Grace showed 2 Chainz a video of a 2-year-old being forced to smoke marijuana by his parent. 2 Chainz argued the dad was an “imbecile” and was probably strung out on something stronger than marijuana.

“Go right ahead my man, let’s roll the video,” Grace said as she and the rapper argued over whether the father in the video was actually the one who fed his kid marijuana.

“It’s the same thing we talked about earlier, darling,” 2 Chainz countered when Grace rolled video of a parent feeding their child marijuana. The rapper said it’s no different with alcohol, where some people feed their infants alcohol.

Grace then took on the rapper’s song lyrics.

“Smoking Califorinia weed with California whores,” Grace said, sharing the rapper’s song lyrics with her audience. “True—I left that one out.”