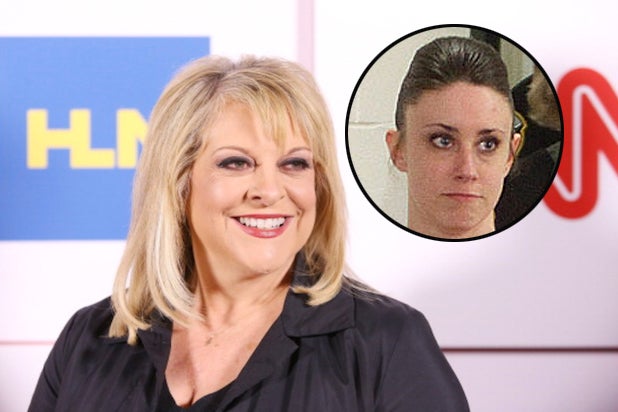 Nancy Grace has slammed acquitted murder suspect Casey Anthony for her “desire to inject herself into the spotlight again” by talking to the Associated Press in her first interview for nine years.

In a lengthy statement on her website Crime Online, Grace is thereby injecting herself back into the media spotlight again after departing from HLN last year.

Grace said she was particularly shocked that Anthony — was tried but acquitted in 2011 for the first-degree murder of her two-year-old daughter, Caylee Anthony — said she sleeps “pretty well at night.”

Also Read: Casey Anthony Compares Herself to OJ Simpson: 'There Are a Lot of Parallels'

“Because with all the mothers and fathers that I’ve dealt with over many, many years, prosecuting their children’s killers, trying to find their missing children, beating the streets to help locate kidnap victims and murder victims, I have never once in all my years had a parent say they sleep pretty good at night when their child has been kidnapped or murdered,” Grace said.

“I don’t go one week myself without bad dreams regarding the murder of my fiancee and that was in 1979 for Pete’s sake,” the former prosecutor said, referring to shooting death of Keith Griffin.

“It’s obviously still all about her. It’s never been about Caylee.”

After Caylee’s skeletal remains were found with a blanket inside a trash bag in a wooded area near the family home in Orlando, Florida, in December 2008, Grace heavily covered the investigation, prosecution, circus-like trial, and eventual of acquittal on Anthony, who is now 30.

She also scored her highest ratings ever when the verdict was read out in July 2011. Five million viewers tuned in, marking HLN’s best ratings performance in any hour in its history, according to Nielsen numbers.

“It would drive me insane, it would drive me crazy to think some unknown killer had killed my child and thrown her body out to be picked apart by dogs and possums and other scavenger animals just ten houses from my own home,” Grace said on Crime Online.

“It would drive me to the brink knowing that I had driven past the tiny body of my own child, day after day after day. But apparently none of that bothers tot mom. Why is that?” she continued, calling Anthony by the nickname she gave her during the high-profile case.

Now living at the South Florida home of a private investigator and helping him research cases online, Anthony’s full length interview since the trial was published by the Associated Press on Tuesday, but the writer notes that she had tried to persuade him not to publish it.

“It has been reported that she didn’t want them to run this interview. And I can see why. Once again tot mom has the criminal justice system ‘bass backwards,'” Grace said.

As for Anthony saying she emphasizes with O.J. Simpson, “birds of a feather flock together. I’m not surprised at all. I can just imagine her and O.J. Simpson sitting around swapping stories about how they beat the system,” she added.