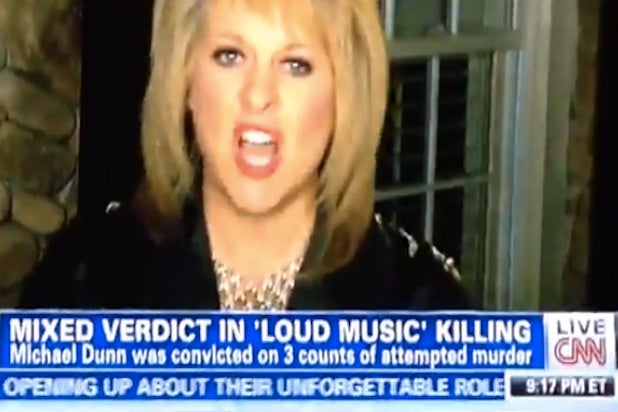 Nancy Grace chewed out Piers Morgan for spouting off about gun control as a British citizen, during an appearance on CNN Monday night.

“It’s not really right for a Brit to jump up and start talking to us about gun control!” she exclaimed.

Also read: Nobody In Jimmy Kimmel’s Audience Has Signed Up for Obamacare (Video)

Earlier in the segment, Morgan argued against George Zimmerman having such easy access to guns.

“Here’s are my problems with this,” Morgan explained. “…If Dunn and Zimmerman had not been carrying guns, then these two young boys who were unarmed as it turned out, regardless of any fear that may be felt by the people shooting the guns, they would be alive, right? So there’s a gun accessibility of people…”

“Oh are you back back on gun control again!” Grace interjected. “If it weren’t for the British, we wouldn’t even have to have protections to carry guns, it was the British way back when we founded America who were running through all of our homes, trying to take our stuff! So we’re protected under the constitution! So it’s not really right for a Brit to jump up and start talking to us about gun control.”

“It seems to be entirely up to a Brit because you can’t sort out your own gun problems!” Morgan countered.

Watch the contentious segment below via CNN: