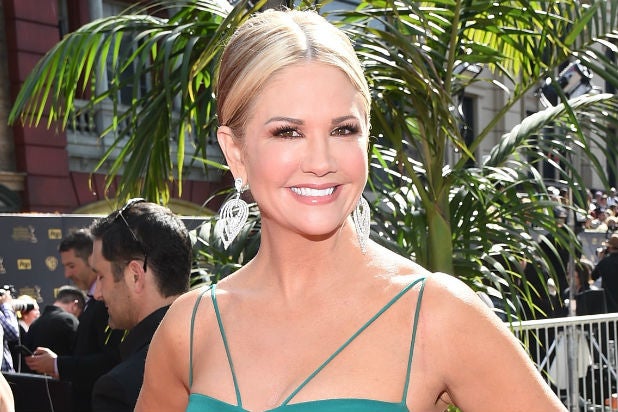 Nancy O’Dell is leaving her post at “Entertainment Tonight” after nine years of co-hosting the show.

“Tonight, I’m excited to tell you about the start of a new chapter in my life,” O’Dell said on Friday night’s broadcast. “It means leaving this position, but it does not mean I am leaving the genre. I’ll be back and it won’t be long.”

The longtime TV personality said she plans to “enjoy some time off with the most wonderful gal in my life, my daughter” before she starts her “new project.”

“My manager, agent and dear friend of 20 years, John Ferriter, helped me get this job at ET. He passed away just a week ago. Shortly before his passing, he told me life is too short, do what makes you happy, you’re creating your own best life,” O’Dell said. “I’m proud to have this show as part of my story. This last sign off is for you, John, and for all the viewers whom I have an unbreakable bond with from our daily chance to talk all things entertainment. That bond will never change. So, it’s not goodbye, but rather just turning the page to the next chapter.”

“For almost nine years, Nancy has welcomed viewers to ET every night with her signature southern charm,” “Entertainment Tonight” producer Erin Johnson said in a statement. “From anchoring both royal weddings, gracing every major award show red carpet and interviewing the likes of Garth Brooks, JLo and Oprah, her expertise behind the microphone is undeniable. We can’t thank Nancy enough for her dedication to keeping ET the gold standard in entertainment news and we have no doubt she will continue to succeed in all future endeavors.”

O’Dell also took a moment to thank the viewers who have been watching her for nearly a decade.

Also Read: 'The Man Who Fell to Earth' TV Adaptation Set at CBS All Access From Alex Kurtzman

“I never take for granted how you have welcomed me into your home and your busy lives,” she said. “Not long ago, a dear friend told me to make a life list, writing down on one side career milestones, and on the other side, what I still want to accomplish. The first list contains a near embarrassment of riches for me; like being chosen as the host to step into the shoes of the legendary Mary Hart, what an honor, then the people, all the celebrities who have let me into their private worlds, many becoming good friends, and getting to work with so many wonderful and talented people here. I wish I had the time to list names because so many will forever be in my heart.”