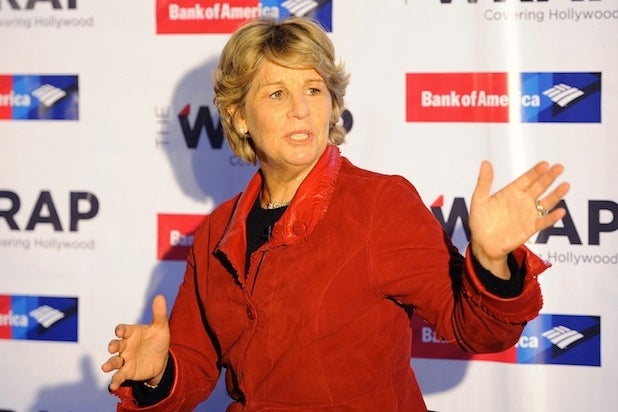 Nancy Tellem, who championed television shows like ‘Survivor,’ ‘CSI,’ and ‘Everybody Loves Raymond,’ is now betting big on interactive video.

The former CBS executive has been named Executive Chairman and Chief Media Officer of ‘Interlude,’ a digital media company specializing in interactive programming.  Tellem has been advising Interlude since it launched in 2010.  She’s also an investor and has served on its board of directors.

“I really thought about what was next for television,” Tellem told TheWrap in a phone interview.  “I feel this is an inflection point.  We’re undergoing a huge change in the business.  Interlude is on to something extraordinary…they’ve really cracked the code.  And this is the moment to build.”

Interlude’s programming is impressive to experience, first-hand.  The content has a ‘Choose Your Own Adventure’ quality to it.  Interlude was co-founded by Israeli rock star Yoni Bloch.  Bloch, a judge on an Israeli version of ‘American Idol,’ sought to create an interactive music video with his band.  The video caught on and opened the door to projects such as an interactive video for Bob Dylan‘s “Like a Rolling Stone.”

That video, which allows viewers to listen to different versions of the song by watching different TV channels, has been viewed more than 70 million times.  Interlude’s media partners include Warner Music and Disney.  Interlude has also experimented in film, with projects like ‘Possibilia,’ a short-film which premiered at the Tribeca Film Festival last year. And with brands eager to explore interactive advertising, Interlude teamed up with companies like Pepsi and Lincoln Motor Company to create content.

In recent years, Tellem has been one of Hollywood’s biggest believers in the potential of interactive programming.  In 2012, she was hired by Microsoft to build ‘Xbox Entertainment Studios’ and create a slate of original TV shows for the Xbox game console. “I now have a much deeper understanding of how technology impacts the experience millennials have with their content, particularly in gaming,” says Tellem.

Tellem left Microsoft after the company shifted its Xbox strategy.  In the months since her departure, she’s been approached by several large media companies about taking leadership positions. “It’s very appealing to consider traditional roles, but my passion and my belief is in where things are going.  That’s where I want to be.”

The market for  interactive video and virtual reality content is expected to grow rapidly. Advisory firm Digi-Capital recently forecast the VR/AR market could generate a whopping $150 billion in revenue by the year 2020, which much of the VR-related revenue coming from gaming and 3D films.

Also Read: Why Virtual Reality Could Generate $150 Billion for Hollywood By 2020

While music videos and partnerships with companies like Warner Music and WPP remain a key focus for Interlude, Tellem is reaching out to top talent from the worlds of film and television to explore programming options.

“We’re looking at a range of entertainment content — from reality programming to scripted shows — that can be created either through partnerships with major media companies or with individual creators and producers in Hollywood.  We want to help them execute their vision.”