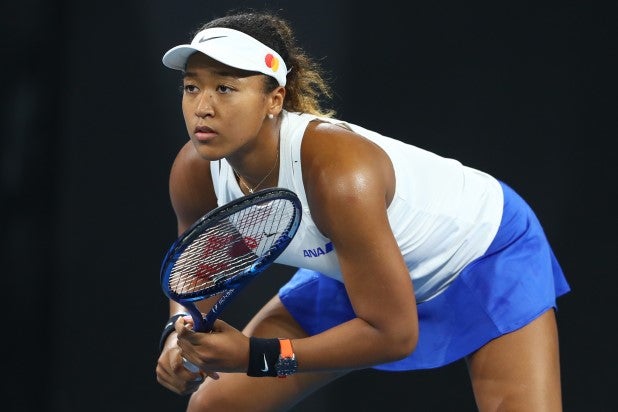 Tennis player Naomi Osaka, who was ranked No. 1 in the world in 2019, will be the subject of a yet-untitled documentary series on Netflix, the streamer announced Wednesday.

In association with UNINTERRUPTED and produced by Film 45, the series will be directed by Garrett Bradley, who won the U.S. Documentary Directing Award at Sundance 2020 for her film, “Time.”

A logline for the upcoming series reads:

This documentary series takes us on a journey with the multiple Grand Slam Champion, Naomi Osaka, who became the first Asian player to reach the number 1 singles ranking after winning her first Grand Slam at the US Open in 2018 and second at the Australian Open in 2019. With unprecedented access to Osaka, the documentary gives audiences a deep window into the life of a global tennis superstar.

Osaka rose to fame after defeating Serena Williams at the 2018 US Open. After winning the 2019 Australian Open, she was ranked No. 1 in the world — the first player of Asian descent to reach that ranking.

Born in Japan to a Japanese mother and a Haitian father, Osaka emigrated to the U.S. as a child, idolizing Williams and watching her idol play at the 1999 French 0pen. She faced off against Williams for the first time at the 2018 Miami Open, where she defeated her idol. Osaka repeated the result in the U.S. Open final, winning her first Grand Slam title.

Osaka held both American and Japanese citizenship but relinquished the former to represent her birth country at the 2020 Olympic Games, which will be held in Tokyo.

“To be able to tell my story and let people in during this big year, working with a team that really understands me, has been a rewarding experience. It won’t look like a traditional sports documentary, and I’m so excited to share it with everyone,” Osaka said of the upcoming series. A release date has yet to be announced.

UNINTERRUPTED is an athlete empowerment brand founded by LeBron James and Maverick Carter and works with athletes to tell unique, human stories from their point of view.

Film 45 is an Emmy Award-winning production company, dedicated to the creation of non-scripted entertainment.