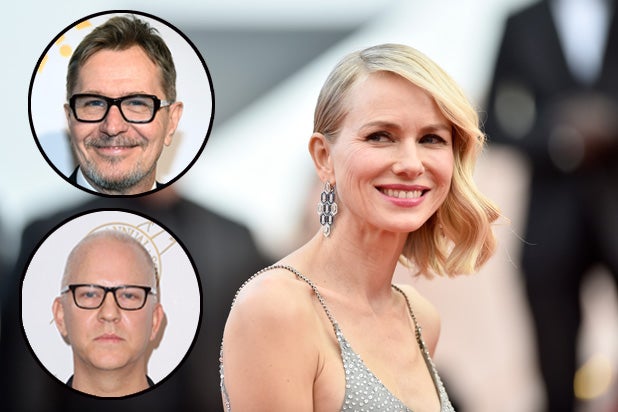 Heath Ledger may be gone but his impact on Hollywood and aspiring Australian talent is far from forgotten.

Australians in Film, a non-profit organization that serves as the industry guild for Australian entertainment professionals in Los Angeles, made the announcement on Wednesday. Applications are currently being accepted until the deadline on Tuesday, April 4, and the winner will be named at a gala dinner in June.

Also Read: Heath Ledger to Be Next Subject of Spike's 'I Am' Documentary Series

British actor Oldman appeared alongside Ledger’s iconic Joker in “The Dark Knight,” while Watts dated her “Ned Kelly” co-star from August 2002 to May 2004.

“Heath Ledger was one of the top actors of his generation. I am grateful and honored to be asked by AiF and the Ledger family to be on the judging panel for this year’s scholarship,” “Feud” creator Murphy said in a statement. “I am excited to see some of the new and remarkable young acting talent coming out of Australia right now.”

Kate Ledger, Heath’s sister and AiF Board member added: “The objective of the scholarship is to ‘smooth the way’ and ‘open doors’ allowing the recipient to focus all their energy and efforts on getting work. It’s such a thrill to diversify casting in Hollywood and we encourage everyone to apply.”

Established in 2008, the scholarship is open to all young and emerging Australian actors 18-35 years old. To date, $250,000 has been awarded to help the winners with career and educational opportunities in the U.S. Among the life-changing prizes for the the lucky winner are two return Qantas economy airfares from Australia to Los Angeles, seven-day California trip, living expenses and rental assistance in Los Angeles.

Last year’s winner, Ashleigh Cummings, will be seen in the upcoming feature “Pork Pie,” to be released by Studiocanal on May 4 in Australia. Previous winners include Matt Levett, Ryan Corr and Bella Heathcote.

Originally from Perth, Australia, Ledger starred in 19 films such as the highly-acclaimed “10 Things I Hate About You,” “The Patriot,” “Brokeback Mountain,” “Monster’s Ball” and finally, “The Dark Knight.” He died in January 2008 at age 28, with the coroner ruling the cause of death as an accident, “resulting from the abuse of prescribed medications.”

Also Read: Heath Ledger to Be Next Subject of Spike's 'I Am' Documentary Series

With the support our Presenting Partners, Qantas, Visit California, Ausfilm and Screenwise Film & TV School for Actors, the winning recipient will receive: