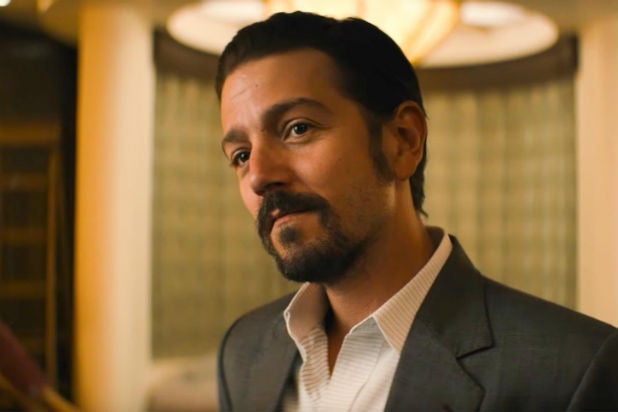 Netflix has renewed “Narcos: Mexico” for a third season, but showrunner Eric Newman is handing over the reins to Carlo Bernard.

Newman had been showrunner for all five seasons of the “Narcos” franchise, including the first three that centered on Pablo Escobar. The two most recent seasons, called “Narcos: Mexico,” shifted both the setting and time period, along with the majority of the cast.

Newman is under an overall deal with Netflix and will transition to overseeing the streaming service’s upcoming opioid drama “Painkiller,” “Escape From Spiderhead” with Chris Hemsworth, and “The Upper World” with Daniel Kaluuya. He will remain executive producer on “Narcos” alongside Bernard and Jose Padilla.

“I am grateful for my five years at the helm of ‘Narcos’ and ‘Narcos: Mexico’ and am immensely proud of what this spectacular team has achieved with these shows,” Newman said. “Carlo Bernard is the first person I ever spoke to about this project, over ten years ago, and I am extremely pleased to leave the steering of Season 3 of ‘Narcos: Mexico’ in his very capable hands.”

The third season of “Narcos: Mexico” is set in the 1990s (the first two took place in the 1980s), “when the globalization of the drug business ignites,” per Netflix’s description. “Season 3 examines the war that breaks out after Felix’s empire splinters. As newly independent cartels struggle to survive political upheaval and escalating violence, a new generation of Mexican kingpins emerge. But in this war, truth is the first casualty – and every arrest, murder and take-down only pushes real victory further away.”

Wagner Moura, who starred as Pablo Escobar during the first two seasons of “Narcos,” will return to the series, directing two episodes in the new season.

Not among the listed returning cast members is Diego Luna, who portrayed drug kingpin Miguel Ángel Félix Gallardo during the first two seasons of “Narcos: Mexico.” Unsurprising, given that Season 2 ends with Gallardo’s 1989 arrest and subsequent 37-year prison sentence.

That said, it’s worth noting that Wagner Moura showed up for a cameo in “Narcos: Mexico” Season 1, which took place concurrently with “Narcos” Season 1. And given how “Narcos: Mexico” Season 2 ended — Walt Breslin visited Gallardo in prison in order to gloat, only for Gallardo to bluntly explain how chaotic things were about to get in Mexico now that he’s no longer in charge — we won’t be surprised if he comes back for a cameo of his own.