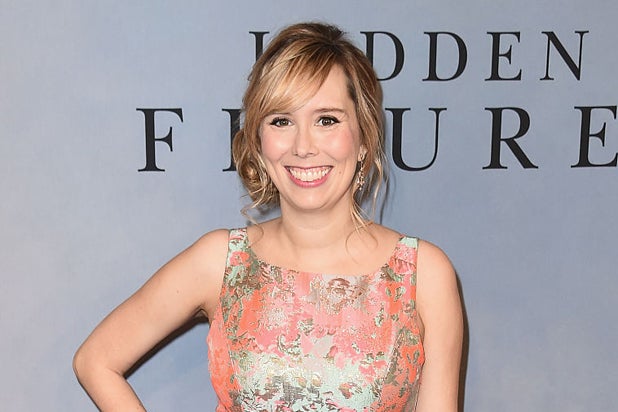 When Allison Schroeder first saw Margot Lee Shetterley’s book proposal for “Hidden Figures,” which tells the story of African-American female mathematicians working at NASA at the height of the Space Race, she immediately knew this was a project she wanted to take on. After all, it’s in her blood — Schroeder’s grandmother was a programmer at the space agency in the 1970s.

“You imagine and you dream,” Schroeder told TheWrap after she learned of her nomination Tuesday morning. “There was a lot of talk at the time women were frustrated that they couldn’t find good roles. I wanted to tell them, ‘I’m working on something great!'”

Schroeder, who co-wrote the film with Ted Melfi, is the only female screenwriter nominated in either the Best Original Screenplay or Best Adapted Screenplay categories. She said she tried to stray from actual facts as little as possible — and she didn’t have to for many of the film’s most remarkable moments.

“The truth was always so amazing that I wanted to include it,” she said. “It was often better than fiction. When I read about the dress code and what they had to wear and the bathroom on the other side of campus — it’s the kind of thing that a male boss may not even notice.”

For example, a scene where astronaut John Glenn requests Katherine Johnson, played by Taraji P. Henson, to double-check his trajectory before launching into space, occurred almost exactly as presented in the film.

“The line ‘have the girl run the numbers’ is totally true,” Schroeder said. “In real life that took a few days. But he really requested them and he really was impressed.”

Octavia Spencer picked up an Oscar nomination for Best Supporting Actress for her portrayal of Dorothy Vaughan. Schroeder said Spencer was one of the first people to read the script, and she couldn’t contain her excitement.

“I did a little dance in my living room,” she said.

“Hidden Figures” became the first movie with multiple female leads to repeat atop the box office since 2011’s “The Help,” and Schroeder said the film’s message can provide a welcome antidote to some of the divisiveness in society.

“The fact that this is a movie about hope, and happy endings and people coming together for the common good despite their differences,” she said. “That’s huge right now. I didn’t realize how timely that would be.”