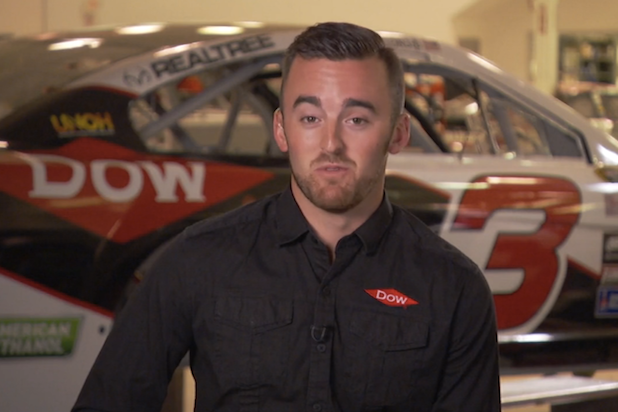 NASCAR driver Austin Dillon may have experienced a terrifying crash at the end of Monday’s Coke Zero 400 at Daytona International Speedway, but Tuesday he was all smiles with a few bumps and bruises.

Dillon was crossing the finish line in seventh place and traveling approximately 190 MPH when his car went airborne into the catch fence, he told Matt Lauer on NBC’s “Today.”

“I was proud of the finish, but didn’t want to be crossing the line in the air by no means,” he said. “When it hit the fence, I didn’t really know where I was. I was still kind of holding on, talking myself through the wreck.”

“The worst part of the crash was actually the very end when the two cars slid into me,” Dillon added.

Lauer questioned him on safety concerns brought up by other drivers, but Dillon said NASCAR continues to make improvements with every crash and will undoubtedly learn from his.

“The safety equipment did its job and I’m here today,” he said. “We probably could bring the speed down a little bit and get the same style of racing that we want to see out there for the fans.”