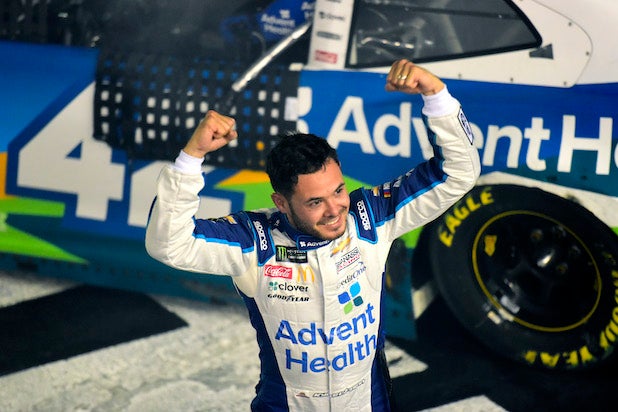 NASCAR racer Kyle Larson was fired from his team Chip Ganassi Racing on Tuesday after the 27-year-old athlete uttered the N-word during a live-streamed racing event.

“After much consideration, Chip Ganassi Racing has determined that it will end its relationship with driver Kyle Larson,” Chip Ganassi Racing said in a statement. “As we said before, the comments that Kyle made were both offensive and unacceptable especially given the values of our organization. As we continued to evaluate the situation with all the relevant parties, it became obvious that this was the only appropriate course of action to take.”

Larson also lost sponsors including McDonald’s, Credit One Bank and Fiserv, and Chevrolet terminated a personal services relationship with him, according to ESPN.

On Sunday, Larson participated in a virtual race streamed on Twitch called iRacing, an esports game of virtual racing that NASCAR pivoted to in the wake of the league shutting down its season due to the coronavirus.

After Larson appeared to lose his communication channel with his spotter, he could be heard on a hot mic saying, “You can’t hear me,” followed by the N-word.

Larson was initially suspended by NASCAR and Chip Ganassi Racing without pay and was ordered by the league to attend sensitivity training for using the racial slur. He issued an apology on Monday.

“I made a mistake, said the word that should never, ever be said,” Larson said in the apology video. “There is no excuse for that. I wasn’t raised that way. It is just an awful thing to say. I feel very sorry for my family, my friends, my partners, the NASCAR community and especially the African American community. I understand the damage is probably un-repairable and I own up to that. But I just want to let you all know how sorry I am and I hope everyone is staying safe during these crazy times.”

Larson, who is half-Japanese, was in his seventh full season at NASCAR’s top Cup level and was in the final year of his contract with Ganassi Racing before he was set to become a free agent.