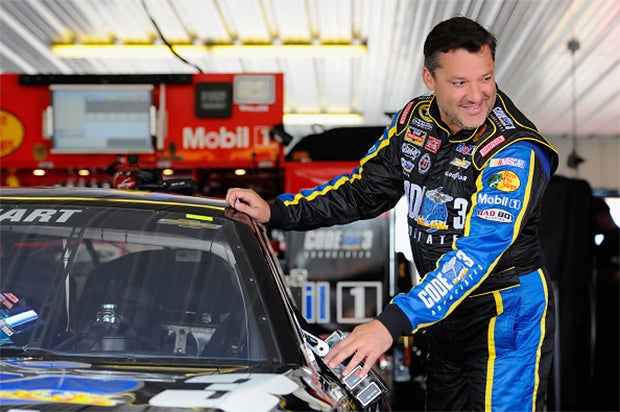 Tony Stewart is getting back behind the wheel.

Following a three week hiatus after he struck and killed Kevin Ward Jr. on August 9, Stewart will return to race this weekend at Atlanta Motor Speedway, it was announced on Thursday.

“Tony Stewart has received all necessary clearances required to return to all racing activities, and therefore is eligible to compete this weekend at Atlanta Motor Speedway,” said Steve O’Donnell, NASCAR executive vice president and chief racing development officer in a statement. “NASCAR has remained in constant contact with his race team, and we will stay very close to this situation as Stewart returns to competition.”

Ward Jr., 20, was struck and killed by Stewart at the Canandaigua Motorsports Park in upstate New York during the Lucas Oil Super Sprint Feature race. The collision happened after Ward “lost control mid-race, got out of his car, and was standing on the dirt track,” Ontario County Sheriff Philip Povero said in a statement shortly after the collision occurred.

As Ward stood on the track, two cars approached him. “The first car swerved to avoid the driver out on the track. The second car, operated by Tony Stewart, struck the driver,” the statement continued.