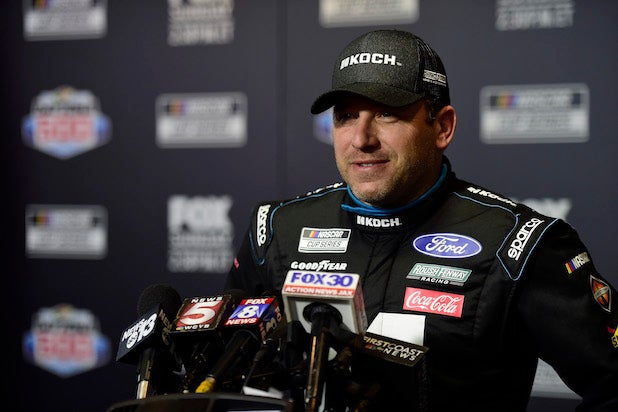 Veteran NASCAR driver Ryan Newman was rushed to a hospital Monday night after his car was involved in a terrifying crash in the final moments of the 2020 Daytona 500 race. He is being treated for serious, but not life threatening injuries.

The crash occurred during the final lap of the Daytona 500. Newman, 42, was leading and appeared likely to win, when his car was bumped from behind by the car driven by Ryan Blaney. The impact caused Newman’s vehicle to veer sharply to the right and crash into the wall surrounding the race track. As the car bounced off the barrier, it flipped over several times and back into the path of oncoming traffic, where it was subsequently struck by numerous vehicles before finally sliding upside down to a halt on the track.

Despite the violence of the crash, a NASCAR representative said at a press conference held about 2 hours after the crash that Newman’s injuries are not life threatening. The rep read a statement from Newman’s family, which said in part, “Ryan Newman is being treated at Halifax Medical Center. He is in serious condition, but doctors have indicated that his injuries are not life threatening.” The statement goes on to thank fans and friends for well wishes, promises updates as soon as possible, and requests privacy for Newman’s family.

Joe Kepner of WFTV Sports reports that as Newman was loaded onto a stretcher following the crash, crews used black screens to block the crowd’s view, and media were ordered to leave the area. And NBC reports that the roll cage in Newman’s vehicle, which is designed to protect the driver’s head, was caved in during the crash.

See footage of the crash below, courtesy of Troy Hirsch of Fox 5 in San Diego. Warning: the footage is graphic.