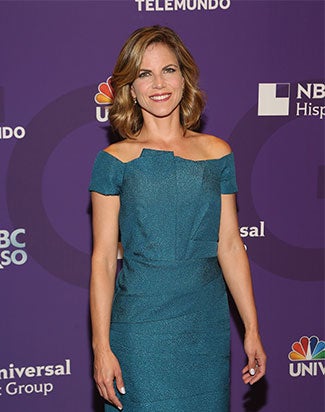 “Today”co-host Natalie Morales said a string of recent investigative and enterprise stories reveals a “reinvigorated” team and a show with growing momentum.

She cited interviews like those with Tracy Morgan and Vice President Joe Biden’s chief of staff Ron Klain, investigative pieces like Jeff Rossen’s Pink Tax feature and enterprise content like her own series, “My Kid Would Never Do That.”

“I can go on and on. These are all recent examples of the strength of the ‘Today’ show, most from just this week. I think viewers see a team reinvigorated and interested in telling them good stories that we hope they are as passionate about as we are,” Morales said in an interview with TV Newser. “Simply put, we love what we do and who we work with, and I think it shows.”

“Today,” which had slipped in ratings behind “Good Morning America” several years ago after dominating morning television for 16 years, has been showing renewed signs of strength.

Morales declined to comment on the odd hiring and firing of former ESPN executive Jamie Horowitz to run the show, or to discuss Brian Williams, whose future at NBC News is still in limbo. Horowitz joined Fox Sports in April.

“We are all focused on the ‘Today’ show and the here and now,” she said.