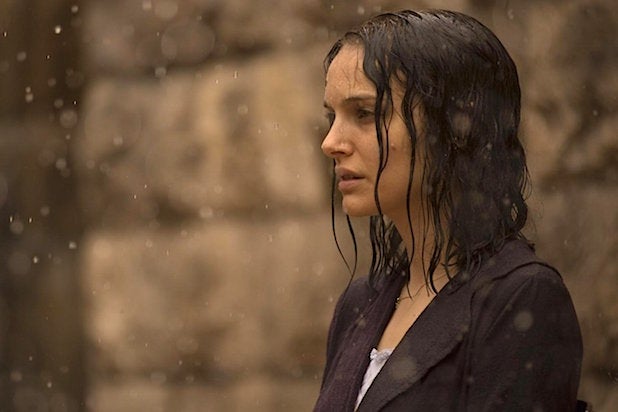 CBS Films’ and Lionsgate’s “Hell or High Water” continued strong momentum as it expanded into 472 theaters this weekend, earning an estimated $2.7 million with a per-screen average of $5,614.

But when it comes to strong averages, Natalie Portman drama “A Tale of Love and Darkness” took the weekend at the specialty box office with the strongest figure — $18,000 per screen as the Focus film opened in two theaters.

The film is set during early years of the State of Israel, focusing on a young boy (played by newcomer Shira Haas) and his mother (Portman).

Just behind “Love and Darkness” was A24’s fish-out-of-water coming-of-age tale “Morris From America,” featuring Craig Robinson as a soccer coach dad and his son, played by newcomer Markees Christmas, who dreams of making it as a rapper in the electro dance-dominated country of Germany. It debuted to estimated $8,000 in grosses per theater from two screens.

Cohen Media Group indie drama “The People vs. Fritz Bauer” is a 2015 German film about bringing high-ranking Nazi criminal (and one of the major organizers of the Holocaust) Adolf Eichmann to justice. It opened strong in the U.S. with a per theater average of $5,630 from six theaters.

The film, which revolves around protecting the magical kingdom of Lucis and its sacred crystal, also features the voices of Aaron Paul, Jon Campling, Kezia Burrows and more.

Directed by David Mackenzie (“Starred Up”), “Hell or High Water” is a Western heist indie, distributed by Lionsgate, starring Ben Foster, Chris Pine and Jeff Bridges. Centered on a divorced father and his ex-con brother, the movie covers their desperate scheme to save the family farm.

The indie’s solid second weekend represents a wave of strong word-of-mouth off its very high 98 percent Rotten Tomatoes score, earning the film a domestic cumulative gross of $3.5 million so far. It is set to expand into new markets next weekend.