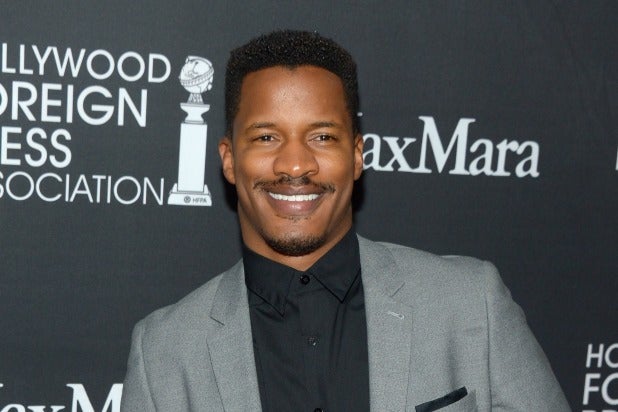 Assorted movie critics, beat reporters, culture writers, gadflies and crime-scene rubberneckers — some of whom had been flown up to the Toronto International Film Festival for this specific feast — were gathered at the Fairmont Royal York hotel. On the press conference menu were some of the cast of “The Birth of a Nation” and Nate Parker, the movie’s writer/director/producer/star and, most important to many of those assembled, former accused rapist.

For the previous month, Parker and his benefactors at Fox Searchlight had grappled with the revelation that Parker and his Penn State roommate Jean Celestin had been accused of rape back in 1999. Parker was acquitted after a 2001 jury trial, but Celestin — who shares a story credit on “The Birth of a Nation” — was convicted of sexual assault. (Celestin’s conviction was overturned on appeal, and he was not re-tried. Their accuser later committed suicide.)

Also Read: 'Birth of a Nation' Director Nate Parker Appeals to Reporters: Don't 'Hijack This with My Personal Life'

Some of the assembled rolled their eyes as the press conference moderator tried to steer only questions that focused on the film to the wary cast. Everybody was waiting for the question that had to eventually come, and did:

Wouldn’t Parker and his film be in a much better place if Parker once and for all issued a blanket apology to his rape accuser’s family, who had blamed Parker and Celestin for the 2012 suicide of the accuser? If Parker could not nail an apology, wasn’t he just keeping the sensational rape narrative going and thus ruining the chances for his film to make a lot of money and get nominated for a bunch of Academy Awards, which is supposed to be a lifelong dream of any filmmaker ever to appear at any film festival?

The American Heritage Dictionary defines “double bind” as “a psychological impasse created when a person perceives that someone in a position of power is making contradictory demands, so that no response is appropriate.” Parker was right where some in the press wanted him.

Parker, much to the dismay of the press, chose a third tack. He refused to answer any questions about his rape accuser. He was not going to defend himself, and he was not going to apologize for any accusation that he had been acquitted of in a court of law. What Parker implied was that his 2016 month-long public trial, as it was being staged in the press, was over.

The Fifth Amendment of the U.S. Constitution forbids “double jeopardy” (being tried again for the same crime after a jury acquittal) and protects against self-incrimination.

Make no mistake: Parker has been repeatedly asked during his double-jeopardy public trial of the last month to self-incriminate; i.e., apologize despite the jury verdict that found him not guilty.

Maybe the lasting legacy of the Nate Parker story is that it’s time we come up with a new Constitution for black men and women, because the one our white forefathers ratified back in 1789 sure as hell doesn’t seem to apply nowadays to people of Parker’s hue. Police in states with new open carry laws have not exactly embraced black gun owners who want the same Second Amendment protection as whites. And our prisons are still the home to blacks who were caught selling small amounts of crack cocaine in the late 1980s, despite lawyers’ pleas that their clients’ mandatory sentences were gross violations of their Eighth Amendment protection against cruel and unusual punishment.

Anybody who doesn’t want to see Parker’s take on the 1831 slave rebellion led by Nat Turner has the right not to attend “The Birth of a Nation,” which opens on October 7.

They also have the right to examine the suicide of Parker’s accuser and attempt to link it to Parker’s actions from 1999 onward. The record will show that Parker’s accuser’s allegations were consistent, and the presentation of the facts as she saw them, and as were documented, seldom wavered over the years. Unlike in most rape investigations, a defendant (Celestin) was found guilty at trial, though that conviction was eventually overturned and not re-tried. Anyone who has read of the torment that the accuser went through in her brief time on this planet should feel much sympathy for her. Maybe there is some sort of all-knowing seer who can attest to just why she committed suicide, however, that person may not exist.

But the re-trial of Nate Parker has got to stop. It’s not for him to explain what was on the jury’s mind in 2001 when it voted 12-0 “not guilty” on the verdict form. Only the jury members can attest to that.

Parker has expressed his remorse for the suicide of his accuser. His other explanations for the 1999 case have been awkward; but his business is making films, not crisis communications. Now, he deserves a chance to move forward and be judged for what he does today and in the future.

He just might not be able to do it with much help from the Constitution.

View In Gallery
BIO Ross Johnson
Ross Johnson is a Los Angeles communications strategist. Previously, he was a contributor to The Hollywood Reporter, New York Times and Esquire magazine.

Ross Johnson is a Los Angeles communications strategist. Previously, he was a contributor to The Hollywood Reporter, New York Times and Esquire magazine.