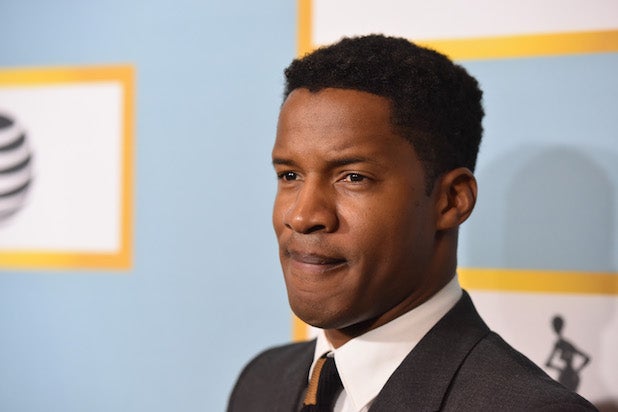 The sister of a woman who accused director Nate Parker of rape and later committed suicide said that her sister was broken by the experience, and that the men involved “sucked the soul and life out of her.”

Sharon Loeffler, the sister of the woman who accused Parker and another man of rape in 1999, told The New York  Times on Tuesday evening that she did not agree with the family’s request for privacy after the case resurfaced in interviews with Parker about his upcoming film, “The Birth of a Nation.”

“I know what she would’ve said, and that would be, ‘I fought long and hard, it overcame me. All I can ask is any other victims to come forward, and not let this kind of tolerance to go on anymore,” Loeffler said.

Loeffler also revealed that her sister — whose name has not been disclosed — had believed there were other victims and had been broken by the 1999 case and its aftermath. “These guys sucked the soul and life out of her,” she added, referring to Parker and his college roommate, Jean McGianni Celestin, who wrote the story to the film.

Parker wrote an emotional post on Facebook on Tuesday acknowledging that he was “devastated” after the 1999 sexual assault case resurfaced in the past week. He said he had only just learned on Tuesday that the woman committed suicide in 2012.

In a statement to The New York Times, the woman’s family said:

“We appreciate that after all this time, these men are being held accountable for their actions. However, we are dubious of the underlying motivations that bring this to present light after 17 years, and we will not take part in stoking its coals. While we cannot protect the victim from this media storm, we can do our best to protect her son. For that reason, we ask for privacy for our family and do not wish to comment further.”

Parker is the writer, director producer and star of the acclaimed film “Birth of a Nation,” which won Sundance and was bought by Fox Searchlight in an historic Sundance bidding war this year. He was acquitted of sexually assaulting an 18-year-old female student in 2001 at his college, Penn State University.

Celestin, who received a story credit on “Birth of a Nation,” was convicted in the case, though it is not clear what happened in the appeal process. Monday reports revealed that the woman took her own life in 2012 at age 30.

In his own Facebook statement Tuesday, Parker wrote: “Over the last several days, a part of my past — my arrest, trial and acquittal on charges of sexual assault — has become a focal point for media coverage, social media speculation and industry conversation.”

Parker insisted on his own innocence and that his encounter with the woman was “unambiguously consensual.” He added:”I have never run from this period in my life and I never ever will.”

“I myself just learned that the young woman ended her own life several years ago and I am filled with profound sorrow,” he wrote. “I can’t tell you how hard it is to hear this news. I can’t help but think of all the implications this has for her family.”

Earlier on Tuesday, the woman’s brother told Variety that she had committed suicide by overdosing on sleeping pills. “She became detached from reality,” the man named Johnny said, asking not to use his last name to honor his sister’s wishes to remain anonymous. “The progression was very quick and she took her life.”

“He [Parker] may have litigated out of any kind of situation,” the brother continued. “My position is he got off on a technicality.”

There’s no evidence that the woman’s death was directly linked to the trial, according to Variety, but she did testify in court that had tried to kill herself twice after the reported rape.

She reportedly died at a drug rehab facility, where she was found unresponsive by staff with two 100-count pill bottles of an over-the-counter sleep aid that was similar to Benadryl.

As the filmmaker and star of an early awards favorite, 36-year-old Parker has been the subject of recent profiles in which the old rape case was brought up.