Ever since the original “iCarly” hit Nickelodeon in 2007, Freddie Benson has generally been the man behind the camera. And, for this week’s episode of the Paramount+ revival, series star Nathan Kress took a page out of his character Freddie’s book, stepping behind the camera to make his directorial debut on the show — which he admits was pretty nerve-wracking.

“Just the thought of getting to work with and direct castmates that I’ve known since I was an actual child, it’s a mix,” Kress told TheWrap in June. “It’s kind of intimidating because I’ve worked with them for so long, we have an on-set relationship that’s different from the relationship to anyone else on the backside of the camera.”

In reality though, that long-running relationship is what made directing an episode so much easier, and that much more personal. According to Kress, everyone on set understands just how much the “iCarly” revival means, not just to them, but to fans of the original as well, which fosters extra communication in filming each episode. 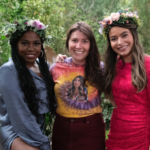 “The upside is, because we have so much trust in each other, and because — up until this point, with this new version of the show, it has been so incredibly collaborative,” Kress said. “We are all giving each other ideas, we’re pitching different ways of doing things, we’re working through gags and stunts and we’re all collaborating on how we can make this the best possible thing. And no one is being precious or protective about their own stuff. Everyone is working together to try to help each other make this as good as we can possibly make it.”

Of course, for those “Creddie” shippers that are still out there, this week’s episode throws an apparent wrench in any romantic future between Carly and Freddie. When Carly needs help fixing her car, we meet Wes the mechanic, and by the end of the episode, he and Carly have a date set.

Apparently, he’ll be sticking around for a bit, as Kress noted that he was excited about being in charge of the episode that begins Wes’s arc. Granted, we had some idea that this was coming.

“There’s no guarantees in this world,” Kress previously cautioned. “We’re introducing new characters all the time, who could shake up the calculus between Carly and Freddie.”

“iCarly” is now streaming on Paramount+.