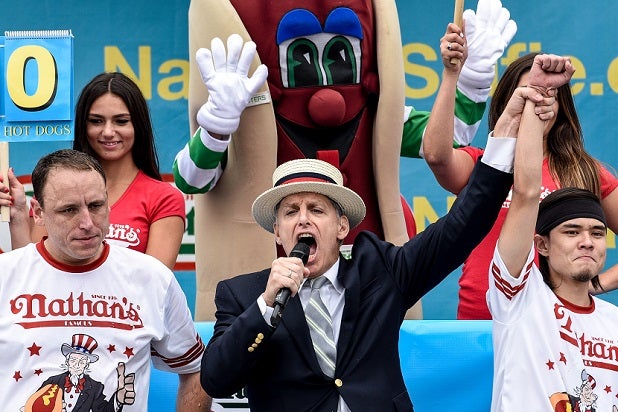 Stonie choked down 62 hot dogs, versus 60 for Chestnut.

See video: Jim Carrey Snorted Mustard, Inhaled Chunk of Hot Dog Into His Lungs for 'Dumb and Dumber To'

“I trained hard for this. This is actually amazing,” the 32-year-old Stonie said.

Chestnut took the defeat in stride, saying that Stonie “made me hungry” — though apparently not hungry enough to take the prize this year.

“I’ve been looking for competition for a long time and I finally have it,” Chestnut said. “He made me hungry.”

In the women’s contest, Miki Sudo retained her crown, downing 38 dogs in 10 minutes.