"Up in the Air" was the big winner in the National Board of Review’s 2009 awards, which were announced on Thursday afternoon.

The Jason Reitman film was named Best Film, while Clint Eastwood took the Best Director award for "Invictus." "Precious: Based on the Novel ‘Push’ by Sapphire," which is considered an Oscar frontrunner, was not included on the NBR’s list of the year’s Top 10 films, and neither was Rob Marshall’s musical "Nine."

In the acting categories, Morgan Freeman and George Clooney shared the best actor award for “Invictus” and “Up in the Air,” respectively, while newcomer Carey Mulligan took the best actress prize for “An Education.” 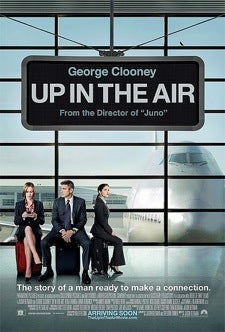 Anna Kendrick was named best supporting actress for “Up in the Air” over Mo’Nique, who many consider a near-certain Oscar winner for “Precious.” Best supporting actor went to Woody Harrelson for “The Messenger,” a film that was also honored as one of the year’s 10 best.

The last film in particular comes as something of a surprise. Besides “Precious” and “Nine,” such well-regarded films as Tom Ford’s “A Single Man,” John Hillcoat’s “The Road” and Michael Hoffman’s “The Last Station” were not mentioned.

Pixar’s “Up” won the award for animated film – though, in an example of the let’s-make-everybody-happy ethos the NBR often embraces, Wes Anderson was voted a “special filmmaking achievement award” for “Fantastic Mr. Fox.”

“A Prophet,” France’s Oscar entry, was named best foreign film. “The Cove” won for best documentary. “It’s Complicated,” which was not mentioned in any other category, won the best-ensemble-cast award.

The only mention of “Precious” came in the breakthrough performance award tha went to the film’s lead, Gabourey Sidibe; Jeremy Renner won the male equivalent for “The Hurt Locker.”

The results may give a slight boost to “Up in the Air” and put a dent in Mo’Nique’s air of invulnerability, but the NBR’s status as a Oscar precursor comes almost entirely from its timing as the first established group to announce awards, rather than from critical credibility or professional expertise. The organization consists of New York-area filmmakers, film enthusiasts, academics and students.

The NBR ceremony will take place in New York City on January 12, with Meredith Viera as the mistress of ceremonies.

Best Actor: Morgan Freeman, "Invictus" and George Clooney, "Up In The Air" (tie)

Best Supporting Actress: Anna Kendrick, "Up In The Air"

Breakthrough Performance by an Actor: Jeremy Renner, "The Hurt Locker"

Best Adapted Screenplay: Jason Reitman and Sheldon Turner, "Up In The Air"

NBR Freedom of Expression:
"Burma VJ: Reporting from a Closed Country"
"Invictus"
"The Most Dangerous Man in America: Daniel Ellsberg and the Pentagon Papers" 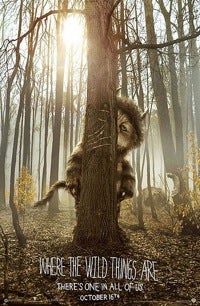