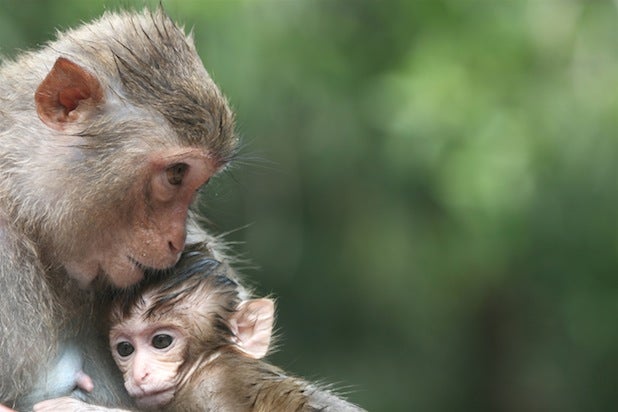 This isn’t your average reality television. National Geographic WILD’s summer slate features intimate wildlife encounters from all over the world.

From Russia’s Franz Josef Land to Brazil’s forests, the specials go where few have dared to venture.

Read the detailed lineup below.

“Real Angry Birds”
Premieres Sunday, July 12 at 9 p.m. EST
Named after the addictive “Angry Birds” game, this program gives a bird’s-eye view of how aggressive the feathery bunch can get. See the birds engage in fights, singing battles and dance-offs in their every day battle to survive.

“The Eagles”
Premieres Sunday, July 12 at 10 p.m. EST
Eagles are top predators who rely on their cute eyesight, powerful wings, sharp talons and hooked beaks. Among a clan of 60 eagles, the program follows one from hatchling to home ownership.

“Kings of Baja”
Premieres Sunday, August 2 at 10 p.m. EST
Baja, Mexico, is home to a cruel desert and the most diverse sea in the world. “Kings of Baja” showcases life under the sea that includes sea lions, devil rays, great white sharks, hammerheads, giant mantas, whale sharks and gray whales.

“Lemur Island”
Premieres Sunday, August 9 at 10 p.m. EST
Millions of years ago, hundreds of castaway creatures were swept onto Madagascar’s rugged shores. Evolution kicked into overdrive, resulting in a boom of new species. Early human settlers were inspired by the different animals, particularly lemurs, and used them as inspiration for culture and folklore that still thrive today.

“The Kangaroo King”
Premieres Sunday, August 16 at 10 p.m. EST
“The Kangaroo King” features rare footage of Red the kangaroo’s development and birth. Specialized in-pouch cameras capture Red’s growth over time. The special also follows how kangaroos interact with wedge-tailed eagles, dingoes, venomous snakes and giant monitor lizards. This is a story of survival against the odds and what it takes to endure drought, heat wave and bushfire.

“Alpine Underworld”
Premieres Sunday, August 23 at 8 p.m. EST
The European Alps’ lofty mountain world is a holiday destination from January to December, but the land also has an unknown side. Deep in the wild of ice-cold lakes and medieval trees are animals like the lynx, the poisonous asp viper and the stone eagle.

“Wild Spain”
Premieres Sunday, August 23 at 9 p.m. EST
The Guadalquivir was once called the Great River by Arab emirs. The river flows for 400 miles from the Carzola mountain range in Spain to the Atlantic Ocean. The special follows a fox on his way to safer ground, as well as an Iberian lynx, golden eagle, spider crab, dragonflies and sturgeon.

“Elephant Queen”
Premieres Sunday, August 30 at 9 p.m. EST
After the tragic death of her daughter, the herd matriarch Mensah must lead the rest of her elephants to safety in the Okavango Delta. Along the way, the group will cross an arid desert, mud swamps, a valley of dust storms and a lion pack.

“Boteti”
Premieres Sunday, September 6 at 10 p.m. EST
After 20 years of drought, the Boteti River has become Botswana dust. The animals who live on its banks are forced to adapt to survive. Zebras fight over water, crocodiles dig tunnels to stay cool and elephants practice water conservation. has fallen for the first time in decades, ending the extreme drought the Boteti’s residents once faced.

“Disney Nature: Wings of Life”
Premieres Sunday, September 13 at 8 p.m. EST
Meryl Streep narrated this 90-minute special about winged creatures. “Wings of Life” gives an intimate and unprecedented look at butterflies, hummingbirds, bees, bats and flowers. A third of the world’s food supply depends on them, and they are increasingly threatened.

“Behind Russia’s Frozen Curtain”
Premieres Sunday, September 20 at 9 p.m. EST
The stark landscape, frigid sea and wild animals in Franz Josef Land making it one of the most remote and inhospitable places on the planet. For the first time, a group of scientists and adventurers went on an international scientific expedition to Franz Josef Land. The team investigated how climate change is affecting this untouched world.

“Land of 10,000 Grizzlies”
Premieres Sunday, September 27 at 8 p.m. EST
The Soviet military closed most of Russia’s Far East land for a majority of the past hundred years. Isolated from outsiders, the wildlife flourished. Millions of salmon journey to Russia’s remote Kamchatka Peninsula every summer, drawing some 10,000 grizzly bears to its shores. Also inhabiting this harsh and beautiful terrain are Northern fur seals, the artic fox and Steller’s sea eagle.

Watch an exclusive video of “Real Angry Birds” below.