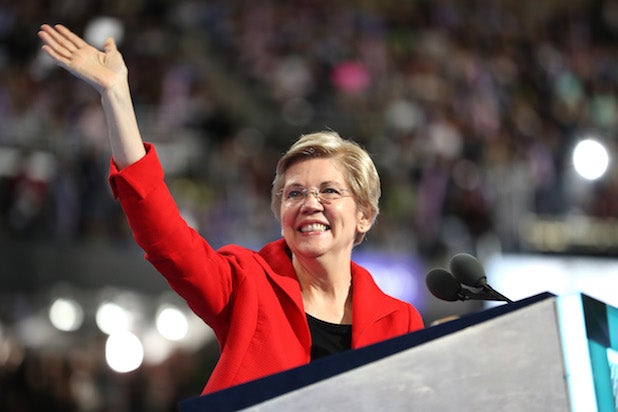 The Native American Journalists Association is demanding an apology from HuffPost for an article dismissing tribal criticism of Elizabeth Warren’s 2018 DNA test aimed at demonstrating her Native American ancestry. In a press statement Wednesday, the organization called out reporter Jennifer Bendery by name and described her writing as “negligent and irresponsible.”

“NAJA hopes that Bendery, her editors and staff at Huffington Post reflect on this ethical negligence, apologize for their insensitive reporting, and employ substantive changes to improve their analysis of issues affecting Indigenous communities,” the group said. “NAJA also recommends that Huffington Post reporters take part in cultural sensitivity training to avoid publishing such errors in the future.”

In her piece, Bendery attacked mainstream media reports stating that Native Americans were upset by Warren’s DNA test and past claims of tribal heritage. Bendery also said that tribal leaders she spoke to didn’t care.

Also Read: Politico Called Out for Tweet Suggesting Elizabeth Warren Is 'Too Unlikable' to Win Presidency

“The consensus was clear: This narrative is incredibly overblown,” she wrote. “Tribal leaders have far more pressing matters to deal with than a senator’s DNA test. And, frustratingly, non-Native people are defining a debate about Native people without letting them speak for themselves.”

In their release, NAJA took specific issue with the “more pressing” line, which they dismissed as ill-informed.

“This analysis is not only inaccurate, it is a disservice to audiences that may not be familiar with how charged Warren’s DNA results have been and betrays the trust and agency of Indigenous communities most impacted,” NAJA said.

“The idea that a handful of Indigenous people can speak for the majority is deeply rooted in hurtful stereotypes, colonial attitudes and ideas of racial superiority. Indigenous communities often hold conflicting viewpoints on important issues and show concern about multiple matters affecting their lives.”

A representative for HuffPost defended the article, telling TheWrap in a statement: “HuffPost respectfully disagrees with NAJA’s characterization of this story. We stand by our reporting and the perspectives reflected in the piece.”

In October, the Massachusetts senator hoped to corroborate her longstanding claims of Native American ancestry by releasing the results of a DNA test. The findings showed conclusively that Warren had a Native American ancestor between six and 10 generations in the past. That puts her ancestry anywhere between 1/64 and 1/1024. The results, however, backfired with critics seizing upon the upper end data as proof that Warren’s claims to tribal heritage were bogus.

“Well, as it turned out, old Lie-watha couldn’t come up with a single, not one American Indian in her family tree, the rest of the country laughed at her, and rightly so,” Fox News host Tucker Carlson said of the results, adding that Warren was “roughly as American Indian as virtually every white person you’ve ever met.”

Also Read: Boston Globe Tells Elizabeth Warren Not to Run in 2020: 'She Has Become a Divisive Figure'

President Trump has publicly mocked Warren as “Pocahontas” for years.

But it’s not just Carlson and Trump. In a statement of their own, the Cherokee Nation denounced the test. “Senator Warren is undermining tribal interests with her continued claims of tribal heritage,” they said in a statement after she went public with the results.

On New Years Eve 2018, Warren became the first major Democrat to announce her intention to run for president in 2020, and though she is a popular figure within her party, it seems certain the issue of her heritage will continue to follow her throughout the campaign.