Naya Rivera’s family has settled the wrongful death lawsuit filed against Ventura County by the actress’ ex, Ryan Dorsey, on behalf of their 6-year-old son Josey, a lawyer for the family told People.

“Through this settlement, Josey will receive just compensation for having to endure the drowning of his beloved mother at Lake Piru,” the Rivera family’s lawyer, Amjad M. Khan of Brown Neri Smith & Khan, said in a statement obtained by People.

“Though the tragic loss of Josey’s mother can never truly be overcome, we are very pleased that the monetary settlement will significantly assist Josey with his life beyond this tragedy,” the statement continued, according to the outlet. Khan also reportedly noted the settlement is “subject to approval by the Ventura Superior Court on March 16.”

Khan did not immediately respond to TheWrap’s request for comment. 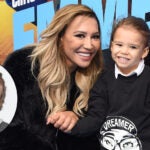 Also Read:
Naya Rivera’s Ex Shares Moving Message He Sent Her About Their Son: He ‘Knows He’ll See You Again’

Rivera died from an accidental drowning in California’s Lake Piru in July 2020. She was reported missing on July 8 after her son, Josey, who was 4 at the time, was found alone on a boat on the lake, according to the Ventura County Sheriff’s Department. The boy told authorities Rivera had jumped into the water but did not come back up to the surface. After a lengthy search hindered by visibility issues, Rivera’s body was recovered six days later.

Dorsey, along with Rivera’s estate, filed the lawsuit in November 2020. Ventura County, the United Water Conservation District and Ventura’s Parks & Rec management were all listed as defendants in the suit.

The suit says that the boat Rivera and her son rented “was not equipped with a safety accessible ladder, adequate rope, an anchor, a radio or any security mechanisms to prevent swimmers from being separated from their boat.” It also states that the boat did not have any floatation or life-saving devices, which violates California law.

Additionally, the lawsuit argued that Lake Piru did not display adequate signage warning of the lake’s strong currents, low visibility and high winds.

A spokesperson for Ventura didn’t immediately respond to TheWrap’s request for comment on Tuesday.