NBA All-Star weekend officially kicks off on Friday night with the ultimate merger of sports and entertainment: the annual Celebrity Game.

For the first time in seven years, All-Star weekend takes place in Los Angeles at Staples Center adjacent to ESPN’s studio — so it makes sense that two of the network’s top on-air talents were recruited to coach the game.

TheWrap caught up with “The Jump” host Rachel Nichols and Emmy-winner Katie Nolan to get their takes on the match-up, their secret weapons, the biggest threats from the opposition, and (a little) inevitable trash talk. 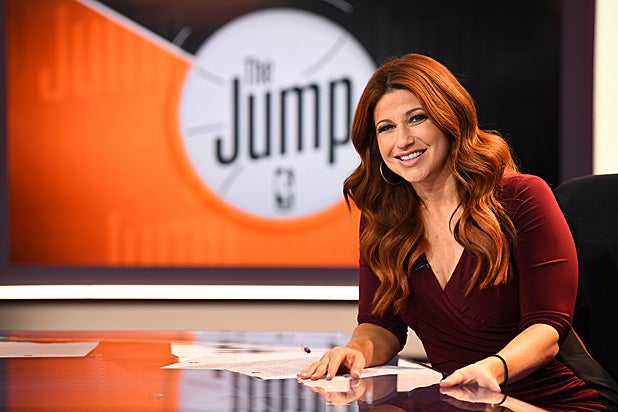 Rachel Nichols, Team Lakers Coach (with Tracy McGrady and Michael B. Jordan)
TheWrap: How confident are you about coaching the Celebrity Game?
Nichols: I am going to be completely lost! I am incredibly grateful to have Tracy McGrady alongside me, who has been an athlete for more than half his life. I told him he is already handling rotations, minutes, all of that stuff. I will be more of the overall floor general, intellectual approach leader. Then Michael B. Jordan can just make everyone want to be better.

Are you going to be good cop or bad cop?
I think I am the good cop, Tracy is the bad cop. And if he doesn’t know that yet already, he’s going to learn reading this article.

Who do you think are the strongest weapons on your team?
I was going down the list today and asking about some of these celebrities’ basketball abilities. It is kind of funny — when you look at a team with pro players on it, you have a sense of who everyone is and what they can do, but with a bunch of actors and musicians there’s really no way to tell how good they are on the court.

I was told that Nick Cannon is pretty good so I am looking forward to seeing what he can do. Obviously, Candice Parker who plays in the WNBA is going to be a weapon, as is Nate Robinson, who is not that far from his NBA career. Then Tracy himself is going to suit up, so that’s going to be good. I am hoping there will be a few surprises too, people who can jump off the bench and make us look good.

Also Read: Is John Skipper's Legacy at ESPN Riding on the NBA?

Who are you most concerned about on Katie’s team?
I’m kind of concerned about Paul Pierce — last year he was playing in the NBA and he’s a regular on “The Jump,” which means if he wins, I am going to have to listen to trash talk every day for weeks — months. This is Paul Pierce, it could be trash talk for years. So I need my team to step up and save me from this awful fate.

How do you rate your chances?
I feel we will fight through, we will be good. Katie’s team is scary and I know there are a couple of people who did really well in the Celebrity Game last year. But I’ve got a shot and I feel good about. Either way, the whole weekend will be fun. The last All-Star game in L.A. was seven years ago, so I am sure there’ll be a lot of people who are going for the first time. There’s such a buzz around the city and people are excited, there are all these events.

Where would you rank Katie’s coaching skills?
I don’t know, she is crafty that Katie Nolan. I think she is going to be sneaky.

Has there been a lot of trash talk between you both leading up to the game?
I don’t know if this is good or bad, but Katie and I adore each other — she is the best. I think if I had to really trash talk her, I wouldn’t last very long, I wouldn’t do a good job. I would just be like “you’re so cool and smart.” I don’t know how that comes off as trash talk. Hopefully, it doesn’t get to that, or we can let Paul and Tracy do the trash talking for us.

How were the teams picked?
I don’t know who picked these teams, we were trying to get them to let us draft them on “The Jump,” because I have been pushing that they should televise the draft for the real All-Star Game, but they did it in secret, which I thought was a big mistake. I also campaigned to televise the draft for the Celebrity Game, and that didn’t happen either, so we were just handed the teams.

What are your thoughts on the All-Star Game on Sunday?
I think the game itself will be interesting as they made changes to the format this year with the captains (Stephen Curry and LeBron James) and the draft. I don’t know if it will make it better, in recent years the game has been a little boring because it has been such high scoring affairs, no defense and really no competitiveness. The team that wins just happens to be the team that scores last. 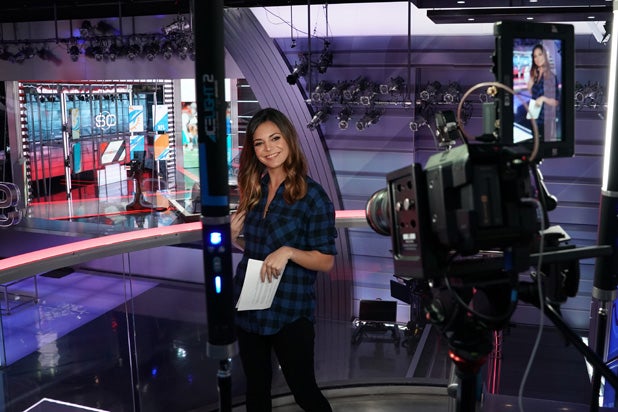 Katie Nolan, Team Clippers Coach (with Paul Pierce and Common)
TheWrap: How confident are you about coaching the Celebrity Game?
Nolan: I am going back and forth between being super confident — then convinced that I have no idea what I am doing. Hopefully by game-time, I will be hitting my stride. I have no idea what to expect, so I am just over preparing — and then I am going to under-deliver. That’s my goal.

How do you rate your chances?
I think I can bluff my way through this, I did that in high school and most of college. I’ve heard the biggest concern is about playing time as every celebrity wants to play and you have to keep track of all the minutes to make sure everyone gets enough, I am just going to play the good ones. Everyone else can deal with it.

So that means playing Paul Pierce the whole time?
I feel I don’t ever want to let him come off the floor. I don’t know how I am going to be able to give him a break. I know that’s not the point, I know we’re meant to see celebrities having fun, but I came to win.

Being from Boston, how happy are you to have Pierce on your team and your coaching staff?
I was so excited! I have met him once when I was 12 — I was dancing at a Celtics game after winning a contest and I remember him being the tallest human I had ever seen in my life. He shook my hand — that was it. I am excited to meet him as an adult and have him treat me immediately as an equal on a basketball court. It’s pretty crazy.

How much of a threat is Rachel Nichols and her team?
I always worry about Rachel, she is sneaky — she is so nice but she always has some trick up her sleeve, she is definitely going to pull something out of her pocket. I’m little worried as they just added Justin Bieber to her team and he’s won MVP before — when he was on the team that lost! So he’s pretty good. I am also concerned about Nick Cannon as this is going to be his 10th time in the Celebrity Game, so he clearly knows the ropes.

What is your strategy going to be?
I am going to try and get in her head early, schmooze up the refs, make them my best friends, and I am just going to try to intimidate Rachel and make her think I know what I’m doing so that she freaks out — and does something stupid. That is really my only hope — that and Paul Pierce.

Do you think she has the advantage being host of ESPN’s NBA show, “The Jump”?
I am hoping it will give her false confidence, but realistically it gives her the edge. She knows everyone in that room — they work with her and she’s the boss. They don’t know who I am. Last time Paul Pierce saw me I was 12, and I bet he doesn’t remember. This is part of why I have to be good. I have to walk in that room, establish dominance, and let everyone know that I got this. But I probably don’t “got” this. Rachel is very kind — but deep down inside she can be real mean. It is going to be tough to trash talk on live TV because I’m not allowed to say most of the words I usually say.

Who are your secret weapons?
I don’t know if he’s a secret weapon, but Win Butler, the lead singer of Arcade Fire, got VP two years ago and is really good (and is pretty tall), so I am going to be looking at him a lot. Also Jason Williams — “White Chocolate” — I am going to expect a lot out of him on the court.

Were you happy with your roster when it got picked for you?
I was totally happy. My team is better than Rachel’s — hers has more experience in this game, but I have more players that are going to bring rookie excitement. They are walking in there trying to prove themselves. We are probably underdogs but I am excited about that. I definitely have this, it’s going to be fine! I think …

How important is it that there are two women coaching the game — and multiple women playing in it?
I think it is great, but it is also part of why I am making sure that I don’t screw this up. I don’t want people to be like “well the game as coached by two women and one of them made a fool out of herself! Women are bad, back to men.” I want it to be perfectly clear that if I don’t know what I am doing, that is on me, not women.

What else are looking most looking forward to this weekend?
I have never been to All-Star before, I imagine it is like Super Bowl. There are parties and cool people who are normally all around the country packed into one spot. Everyone you follow on Twitter who are your internet friends, you can now meet in real life.

What are your party plans?
I haven’t looked past the Celebrity Game. I don’t even know what day comes after Friday because this is all I’ve focused on. But if we win, I’ll definitely celebrate. I am going to go out, dance, eat food and rub it into Rachel’s face for five minutes — then go back to being really nice to her because she’s so sweet. I think if you win the celebrity game as a coach, all the parties are in your honor and you get to skip the lines, so that’s what I’ll be doing.

Find out who does win when the NBA All-Star Celebrity Game hosted Cassidy Hubbarth by featuring play-by-play by Mark Jones on play-by-play airs Friday at 4 p.m. ET/7 p.m. PT. on ESPN.

See the full team rosters below.