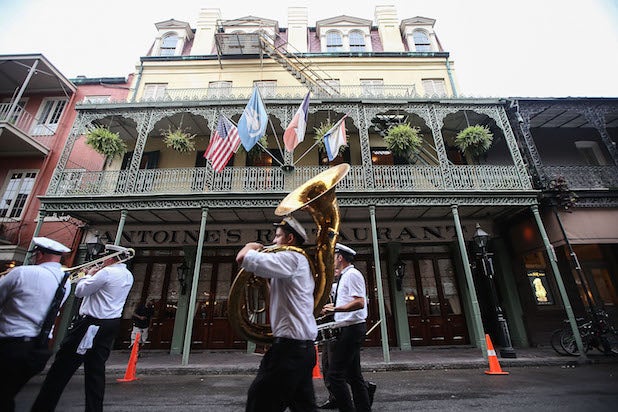 The NBA has moved its 2017 All-Star Game from Charlotte to New Orleans, the league announced today.

will be held on Feb. 19 (the weekend before Mardi Gras festivities) at Smoothie King Center, which is home to the NBA’s Pelicans. It will be the third time the city has hosted the All-Star game.

“New Orleans is a world-class destination for sports and entertainment and we are very appreciative that the city is once again hosting our All-Star festivities,” said NBA commissioner Adam Silver in a statement.

The celebrity packed game was pulled from Charlotte in late July due to the state’s controversial bathroom laws. At the time, the league had not announced a new host city, but the idea of a relocation to New Orleans had been circulating.

North Carolina’s House Bill 2 (HB2), the Public Facilities Privacy and Security Act, passed on Mar. 23, requiring transgender people to use the bathroom associated with the gender they were assigned at birth.

The league had said that it hoped to still hold the All-Star game in Charlotte “provided there is an appropriate resolution to this matter.”

It was the first time in U.S. history “that a professional sporting event was moved in response to anti-LGBT legislation,” according to the NBA.

Louisiana is currently in the midst of a historic flood which is being called the worst disaster since Hurricane Sandy.

“Even in the midst of a historic crisis, I am excited that the NBA has recognized how great the City of New Orleans and the state of Louisiana are,” said Louisiana Gov. John Bel Edwards.