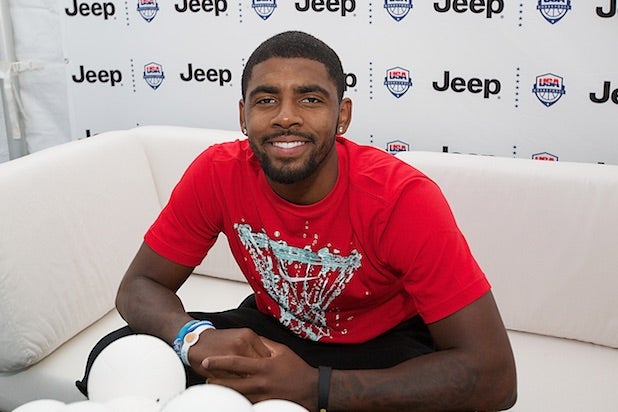 Cleveland Cavaliers All-Star Kyrie Irving knows his way around a basketball court… which is flat… unlike the earth.

During a podcast of “Road Trippin’ with RJ & Channing,” Irving joined teammates Richard Jefferson and Channing Frye in a conversation about conspiracy theories, which led to Irving made a surprising declaration, “the earth is flat.”

He doubled-down on his defense of that belief to ESPN’s Arash Markazi on Friday.
“I think people should do their own research, man,” Irving told ESPN. “Hopefully they’ll either back my belief or they’ll throw it in the water. But I think it’s interesting for people to find out on their own. I’ve seen a lot of things that my educational system has said that was real that turned out to be completely fake. I don’t mind going against the grain in terms of my thoughts.”

Kyrie Irving was trending on Twitter today because he believes the Earth is flat. I asked him about it. pic.twitter.com/ODe9aP9qmK

And then came the triple-down.

His theory — yes, it is a theory, Mr. Irving — was the topic of ongoing chatter on Saturday. The point guard further explaining himself to ESPN’s Arash Markazi.

“You know, I know the science, I know everything possible — not everything possible — but the fact that that actually could be real news, that people are actually asking me that — ‘It’s a social phenomenon,” Irving told ESPN. “What do you think about it? Are you going to try to protect your image?’ I mean, it really doesn’t matter. It really doesn’t matter. The fact that it’s a conversation? I’m glad that it got people talking like this: ‘Kyrie actually thinks the world is flat.'”

And because he, apparently, likes tackling two kooky hypotheses at a time, he also wasn’t so sure that dinosaurs actually look like we think they look.

“They find one bone and they make up 98 percent of it digitally, and they give pictures of they should look like.”

Kyrie Irving not only believes the Earth is flat but that the jury is still out on what dinosaurs actually looked like. pic.twitter.com/0lkra9gPE3