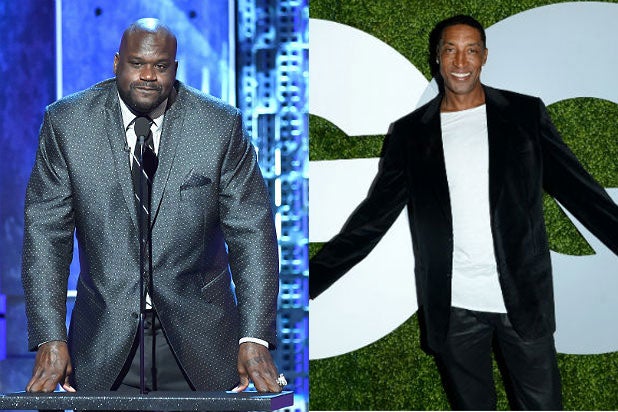 Shaquille O’Neal and Scottie Pippen haven’t faced each other on the basketball court for over a decade, but that didn’t stop them from getting embroiled in a social media showdown Monday.

The NBA greats got into some serious off-the-court trash talking that started when former Los Angeles Lakers player O’Neal played a friendly game of “what if” with his Instagram followers, asking them who would’ve won if all of the Lakers greats from every era got together and played the Chicago Bulls stars from every era.

“We would beat em by fifty,” claimed the outspoken former player, who now acts as an NBA analyst for TNT.

His brash boast quickly sparked an angry response not just from Bulls fans, but Pippen himself, who played for Chicago from 1987-1998 and retired in 2005 after winning six championship rings.

“Sorry @shaq but I don’t get caught up in hypotheticals. All I know is we won 6 titles, twice the amount you claimed while in LA,” Michael Jordan’s former teammate wrote.

However, armed with a very cheeky sense of humor and some slick PhotoShop skills, O’Neal hit back with a three-pointer when he gave Jordan most of the credit for the Windy City’s NBA dynasty.

“Sorry @scottiepippen I don’t believe in hypotheticals either, but I seen most of those final you did ok, but this guy did most the work,” Shaq wrote, as he doctored Pippen’s photo.

“#youwereok steve kerr and Ron harper deserve more credit than you, remember I WAS BATMAN YOU WAS ROBIN, I was PUFFY YOU WAS MASE,” he said, referring to the famous rap collaborators.

Pippen then fired back by attacking O’Neal’s Achilles’ heel — free throws. “Easy big fella… if only you were as good at free throws as you are talking smack!” he said, before pointing out that Shaq was not only a sidekick to Kobe Bryant, but also LeBron James and Steve Nash.