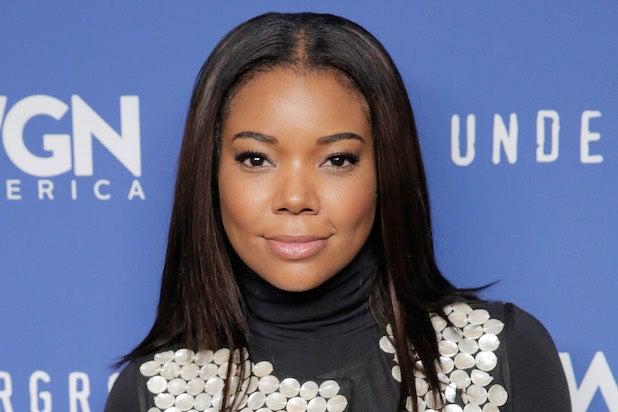 NBC and “America’s Got Talent” producers Fremantle and Syco said Sunday in a new statement that they are working with ousted host Gabrielle Union to hear “her concerns” about “workplace culture” and “take whatever next steps” are appropriate.

“We remain committed to ensuring a respectful workplace for all employees and take very seriously any questions about workplace culture,” the trio said Sunday in a joint statement. “We are working with Ms. Union through her representatives to hear more about her concerns, following which we will take whatever next steps may be appropriate.”

It was announced on Nov. 22 that Union, along with fellow “AGT” judge Julianne Hough, would not be returning for next year’s Season 15. Union’s contract was not renewed following several behind-the-scenes incidents and what showrunners described as “difficult” behavior, Vulture reported.

According to Vulture, Union complained about judge Simon Cowell smoking indoors; a remark made during taping by guest judge Jay Leno she deemed to be a racist that did not make it to air; and misgendering of contestants. In addition, Vulture reported that Union had supported a 10-year-old African American rapper’s advancement in the competition before being told that the show needed “an act America can get behind.”

Shortly after the joint statement was released, Union retweeted a tweet from freelance journalist Joelle Monique, who bullet-pointed the three steps for a “solid apology,” to which Union replied, “This! This! AND THIIISSSSSSS!!!!!!”

On Nov. 28, an NBC spokesperson told TheWrap: “‘America’s Got Talent’ has a long history of inclusivity and diversity in both our talent and the acts championed by the show. The judging and host line-up has been regularly refreshed over the years and that is one of the reasons for AGT’s enduring popularity. NBC and the producers take any issues on set seriously.”

Support for Union following her abrupt ouster from the competition show drew into an avalanche on social media. Time’s Up, a women’s advocacy group, voiced its support for Union in a tweet saying, “Thank you @itsgabrielleufor speaking up for what’s right.” Celebrities also weighed in with their support, including from Patricia Arquette, who called on the actors union SAG-AFTRA to get involved in the situation. And they did.

A SAG-AFTRA spokesperson said in a statement Sunday night:

“We take issues of workplace health and safety very seriously.  We immediately reached out to Ms. Union’s representatives when these reports came to light.  It is our practice to work closely with members who reach out to us and their representatives in instances like this, as that usually affords the best protection and best resolution for the affected member.

“For certain matters, our investigation and enforcement needs to happen independently and we are prepared to handle this issue accordingly, as warranted.

“Our enforcement action is usually handled confidentially to protect the member involved, and we typically do not publicize these matters unless the member requests that we do so.

“While we have taken steps to investigate this matter, we have nothing to report now.”