NBC has acquired the rights to an edited, one-hour version of "Living with Michael Jackson" — the 2003 ABC documentary hosted by Martin Bashir.

It will run Monday as a "Dateline NBC" special.

MSNBC has acquired rights to air the special up to 12 times. The cabler has already run it six times and plans the other six spread out among the next two weeks. 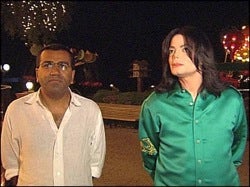 Bashir’s interview special was the catalyst for child molestation charges brought against Jackson after it had aired. He conducted the interview back when he was with the U.K.’s ITV1, and he is now one of "Nightline" anchors. (Watch videos of Michael Jackson interviews through the years.)

The deal is just the latest to throw TV networks and cablers into crazy mode.

On Thursday, officials for TV Land were already working fast to create special programming events to recognize the anticipated death of actress Farrah Fawcett, putting the finishing touches on original documentary special “Chasing Farrah” and at last minute securing rights to a select number of “Charlie’s Angels” episodes (“Hell Ride” and “Angels in Chains”) to present over the weekend.

Then in the afternoon, came the much bigger, much more unexpected news of Michael Jackson’s passing. That sent TV Land officials, as well as programmers from many other television outlets, into all-out scramble mode. 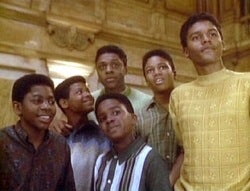 Of course, TV Land, which targets an audience that typically cares very much about 1970s- and ’80s-era pop icons, was hardly alone among TV outlets in its mad dash to program around two major celebrity deaths.

NBC on Thursday first announced that it would run a special tribute within its “Dateline” newsmagazine that night, “Farrah Fawcett: The Life and Death of an Angel,” which would be followed on Friday night by a rebroadcast of the two-hour “Farrah’s Story,” a documentary chronically the actress’ cancer battle that already produced big ratings in when it originally aired in May.

Like everyone else, plans changed when word of Jackson’s death arrived in the late afternoon New York time. Moving fast, NBC expanded “Dateline” to two hours (9-11 p.m.), hastily assembling a Jackson tribute to go along with the “Farrah” one that had been mostly ready to go for weeks. On Friday, the “Dateline” tribute to Jackson would be rebroadcast at 10 p.m. after the two-hour re-airing of “Farrah’s Story.”

For NBC, the back-to-back tributes Friday proved to be a ratings winner, with the repeat of “Farrah’s story generating a 1.1 household rating/5 share, and the Jackson-themed “Dateline scoring a 2.0/7 for an overall win for the network.
This came at the expense of Fox’s two-hour backdoor pilot “Virtuality,” which struggled to a 0.5/2 performance Friday.

While TV Land and NBC were among the few outlets devoting extensive news and tribute coverage to both Fawcett and Jackson, it was the King of Pop who was virtually inescapable to channel surfers over the weekend.

For example, CBS, which ran the hourlong special “The Life and Death of Michael Jackson” at 10 p.m. Thursday, devoted extensive amounts of its national news coverage to the singer’s death and related topics through the weekend.

On the music channels, Jackson’s presence was also ubiquitous. For instance, on VH1, another MTV Networks channel, half-hour special “Michael Jackson: Death of an Icon” ran six times through Saturday and Sunday, interspersed with various Jackson music videos made over the years that included everything from the groundbreaking “Thriller” music video to the singer’s less notable “Bad.”

On the MTV flagship channel Thursday, music videos were back, too, with the network continuously running Jackson videos throughout the evening.

Sunday night’s primetime schedule, meanwhile, will include a BET Awards telecast featuring a Jackson tribute. And Fox will lead off "The Simpsons" with "Do the Bartman," a music video written, produced and sung by Jackson for the animated series back in the nineties.

Of course, this is only the beginning, with entertainment newsmagazines like "Entertainment Tonight," "Access Hollywood" and "TMZ" — which have been wall-to-wall with Jackson coverage since Thursday — likely delving into the death investigation, estate disolution and other Jackson matters for weeks and months to come.

Also for the week ahead, Fox will repeat its "American Idol" show that featured Jackson’s music at 8 p.m. Monday and E! Entertainment is preparing a one-hour Jackson documentary that will air Wednesday at 10 p.m.