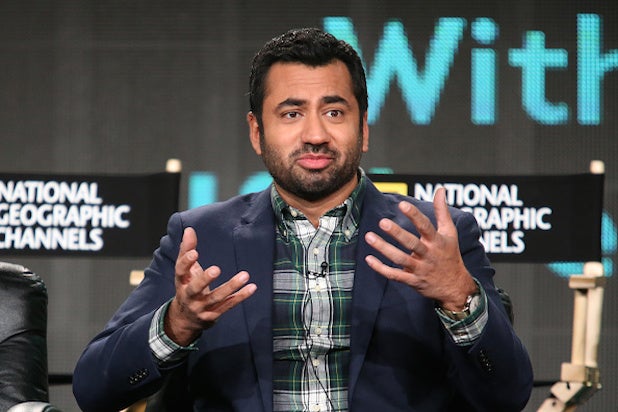 NBC is developing a comedy starring Kal Penn, who is also executive producing, with “The Good Place” and “Parks & Rec” creator Mike Schur on board as supervising executive producer.

The untitled project, which has a put pilot commitment, would star Penn as disgraced New York City councilman and former baseball wunderkind Garrett Shah, who finds his calling when faced with six recent immigrants in search of the American Dream.

Matt Murray is writing the script along with Penn. The project is from Universal Television, 3 Arts Entertainment, Industry Entertainment and Schur’s Fremulon. David Miner and Dan Spilo are also on board as executive producers.

If the series were to get picked up, it would be the fourth on the network to involve Schur, who already has “The Good Place,” which just began its second season, as well as “Brooklyn Nine-Nine” and “Abby’s” premiering at midseason.

Penn was most recently on ABC’s “Designated Survivor,” which just moved over to Netflix for its third season after being canceled by ABC. The former “Harold & Kumar” actor is also slated to host a finance and economy-themed docuseries for Amazon, from Will Ferrell, Adam McKay, and NPR business journalist Adam Davidson.