It’s all good for Bad Robot: NBC has given an early pickup to "Undercovers," the action-adventure pilot from J.J. Abrams and Josh Reims. 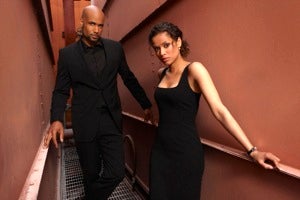 The network Monday ordered 12 additional episodes of the show in addition to its big-budget pilot, making it the first scripted pilot of the 2010-11 season to get ordered to series. It’s no shocker: NBC has loved this project for months.

“Having J.J. on our creative team is a great reason for celebration,” NBC Entertainment chief Angela Bromstad said. “In ‘Undercovers,’ J.J. and Josh have found a breakout couple that is rich in character and brimming with romance and action. We feel he’s found the perfect cast.”

The plotline of the show, per NBC:

Secretly, the duo were two of the CIA’s best spies until they fell in love on the job five years ago and retired. When fellow spy and friend Nash (Carter MacIntyre, "American Heiress") goes missing while on the trail of a Russian arms dealer, the Blooms are reinstated by boss Carlton Shaw (Gerald McRaney, "Deadwood") to locate and rescue Nash. The pair is thrust back into the world of espionage as they follow leads that span the globe — and Steven and Samantha realize that this supercharged, undercover lifestyle provides the excitement and romance that their marriage has been missing.