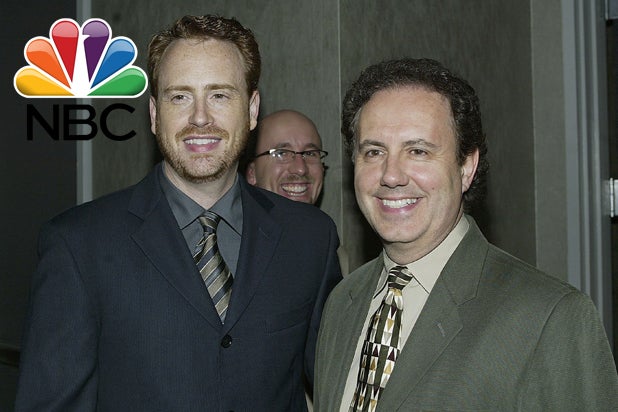 NBCUniversal executive Richard Licata who stepped down unexpectedly in October was investigated for multiple allegations of abusive behavior, TheWrap has learned.

Licata, an industry veteran of 30 years and NBC Entertainment Chairman Bob Greenblatt’s consigliere at NBC, Showtime and Fox, cited his father’s death as the reason for his sudden resignation. He was NBCU’s Director of Communications, heading the network’s public relations for just over three years.

But multiple network insiders said that Licata’s behavior, including alleged abusive treatment of some staff, an uncontrolled temper and favoritism toward others was the subject of an external investigation. The accusations started last summer and culminated in Licata’s departure announced in October after external investigators conducted an inquiry, the insiders said.

“There were a lot of accusations about behavior, about favoritism – a lot of charges,” said one of the insiders, citing soured working relationships and performance problems as factors in Licata’s sudden departure. “It was a lot. Nothing was successful on a strategic level, none of the campaigns,” according to this individual. “No one wanted to work with him.”

Two network insiders told TheWrap that sexual harassment allegations were also at the heart of the sudden departure, but another knowledgeable individual said that “he was not investigated for sexual harrassment.”

One of the two insiders said Licata was the subject of multiple accusations from male NBC staffers, including “inappropriate behavior” such as “touching” and “comments.”

NBC hired an outside law firm to conduct an inquiry into the allegations.

A spokesman for NBCU declined to comment for this story. Licata did not respond to an email seeking comment.

“As some of you know, my father passed away recently after a long struggle with old age. His last months were powerful if not glamorous. The impact of those last days brought into focus, for me, the pain and peace of one’s final moments, but more importantly the joys of living… The satisfaction I’ve felt in working with all of you to take NBC back to #1 has led me to want to hit reset; to pause for a moment and find something to rebuild again.”

The insider said that Licata was fired despite Greenblatt’s objections. Greenblatt has been close professional colleagues with Licata since the early 1990s, bringing him to NBC to head public relations from Showtime where Greenblatt was previously president of entertainment. The two also previously worked together at Fox.

One individual with knowledge of the network’s position told TheWrap that there was “nothing of any sexual nature whatsoever” to Licata’s departure and called the allegations “laughable.”

But another individual countered that “dozens” of NBC staffers were interviewed during the investigation, and that Licata’s behavior included “kissing a man who works for you on the neck or on the cheek. It’s over the line.”

This insider said Greenblatt has protected Licata before when similar accusations arose at Showtime. According to this insider, Greenblatt threatened to quit on more than occasion when Showtime moved to dismiss Licata. He fought to keep Licata at NBC as well, but CEO Steve Burke overruled him, the two individuals said.

Greenblatt revealed in an internal memo announcing the resignation that he fought to keep Licata in his position as communications chief.

“I did everything I could to keep him here, but he’s decided to move out of the day-to-day running of the public relations and communications department and take some time off,” the memo said.

“Some of you know that a few months ago he lost his father after a prolonged illness and I knew it was only a matter of time before he wanted to make a change in his life,” Greenblatt added.

“That was an excuse,” the insider said of Greenblatt invoking Licata’s father’s death.

Licata’s resume touts him as the only TV executive to hold the top publicity positions at four different networks: Fox, HBO, Showtime and NBCU. He also had stints at Rogers & Cowan, and before that held reporter and editor positions at the New York Daily News.