NBC may have lost the NHL, but it’s keeping the Premier League, thanks to a new six-year deal.

NBC, which has been the U.S. broadcaster for the popular British soccer league since 2013, beat out Amazon, Fox and a joint bid between CBS and ESPN. The deal keeps the Premier League on NBC through 2028.

The news was initially reported by Sports Business Journal’s John Ourand and Bloomberg. Terms of the deal were not immediately known. An official announcement was expected. 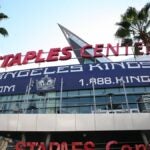 NBC was paying around $150 million per year under its current deal, which began in 2015. The new agreement is expected to be at least double that, for as much as $2 billion in total, according to reports.

“This new agreement is also a testament to the hard work of production, marketing and other areas of our company, as well as the tremendous partnership that has been established with the leadership and club owners of the Premier League.”

Also Read:
ESPN Classic to Shut Down at Year’s End

Premier League CEO Richard Masters said: “We are delighted to announce our new US broadcast deal with NBC Sports, who have been brilliant partners for the Premier League over the last nine seasons. NBC Sports has significantly strengthened the popularity of the League in the United States in that time through its fantastic coverage and promotion.

“NBC Sports’ Premier League Mornings programming is now a real institution among supporters in America, with fans getting up early to come together and cheer on their favourite club, week in, week out.

“It’s an exciting time for football in the US and we look forward to continuing to work with NBC Sports to bring our competition to even more fans over the next six years.”