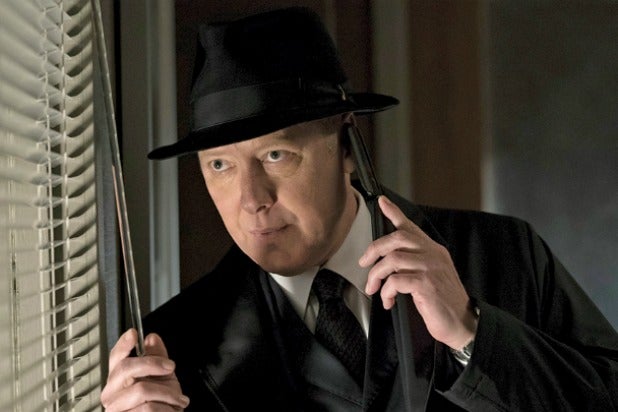 NBC has announced the return date for “The Blacklist,” but fans of James Spader’s Red Reddington will now have to give up their Friday nights.

The sixth season of the NBC drama will premiere with a two-part, two-hour episode, with the first part airing Thursday, Jan. 3 at 10 p.m. (following the premiere of “The Titan Games”) and part two airing Friday, Jan. 4 at 9 p.m.

The show will then air regularly in the Friday 9 p.m. time slot.

Also Read: 'Brooklyn Nine-Nine': We Finally Have a Premiere Date and Time Slot for NBC's Season 6

“The Blacklist” has seen constant shifts on the schedule throughout its run, after first debuting 2013 in the plum time slot behind “The Voice” on Monday nights. Last season, when it aired on Wednesdays at 9 p.m., “The Blacklist” averaged a 1.6 rating in the advertiser-coveted adults 18-49 demographic and 8.6 million total viewers in Nielsen’s “Live-plus-seven” metric.

The logline for the sixth season, per NBC: Following the startling revelation that Raymond “Red” Reddington (Spader) isn’t who he says he is, Elizabeth Keen (Megan Boone) is torn between the relationship she’s developed with the man assumed to be her father and her desire to get to the bottom of years of secrets and lies. Meanwhile, Red leads Liz and the FBI to some of the most strange and dangerous criminals yet, growing his empire and eliminating rivals in the process. All throughout, Liz and Red engage in an uneasy cat-and-mouse game in which lines will be crossed and the truth will be revealed.

Along with Spader and Boone, “The Blacklist” stars Diego Klattenhoff, Harry Lennix, Amir Arison, Mozhan Marnò and Hisham Tawfiq. “The Blacklist” is a production of Davis Entertainment in association with Sony Pictures TV and Universal Television.

NBC has been shoring up its midseason schedule, having previously announced that former Fox comedy “Brooklyn Nine-Nine” will make its network debut on Thursday, Jan. 10 at 9 p.m.

NBC also announced that Dwayne “The Rock” Johnson’s “The Titan Games” is having its premiere moved from Wednesday, Jan. 2 to Thursday, Jan. 3, from 8-10 p.m. “The Titan Games” will air in its regular time slot on Thursdays from 8-9 p.m. beginning Jan. 10.

And “I Feel Bad,” a freshman comedy from executive producer Amy Poehler, will “conclude” in December.

“The Blacklist” Season 6 will air its two-day/two-part premiere starting Thursday, Jan. 3 at 10/9c (following the premiere of “The Titan Games”) and part two on Friday, Jan. 4 at 9/8c.