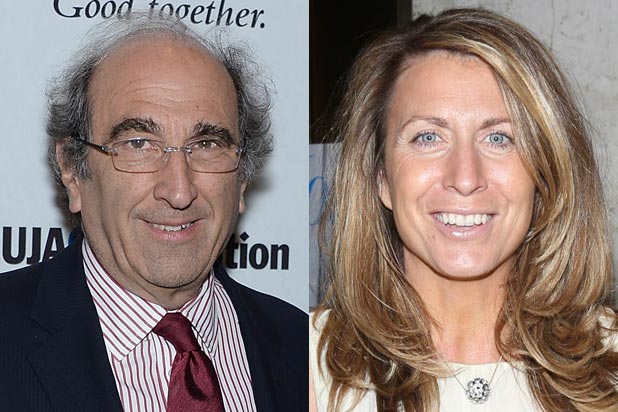 For Deborah Turness, 30 Rock is no longer rocking.

An insider with knowledge of the NBC News executive suite told TheWrap that under new NBC News-MSNBC Chairman Andrew Lack, who took over in April for the ousted Pat Fili-Krushel, NBC News President Turness’ influence has been significantly diminished as Lack tries to break down the walls between NBC and MSNBC.

“Andy has taken the reins and allowed Deborah to stay as long as she’d like,” the insider said, adding that Lack isn’t imminently trying to oust her per se, but isn’t exactly empowering her to make big decisions.

Lack is injecting himself into all decisions, including dealing directly with “Meet the Press” brass on bookings and trying to poach NBC News talent for MSNBC primetime.

One of those personalities is popular “Today” and “Morning Joe” co-host Willie Geist, who was approached to gauge his interest in a role on MSNBC primetime, but didn’t ultimately express interest. It’s unclear whether the idea was for Geist to have his own show or contribute in some other capacity.

Another revelation dates back to 2013, when MSNBC’s Steve Kornacki’s reporting and news breaks during the “Bridgegate” scandal involving New Jersey Governor Chris Christie helped him climb the network ladder. In an all-hands staff meeting, Turness openly voiced her displeasure with MSNBC’s Kornacki being credited with popping the lid off the scandal.

“She said NBC News has more resources and the story should’ve been broken by NBC,” the insider told TheWrap, recounting Turness’ comments in the meeting (the story was first broken by the Bergen Record). She was also was blunt: NBC News and MSNBC are competitors and should overlap only when necessary, not by nature.

“Let’s not pretend we can share things when we are actually news competitors,” the insider recounts as the tone behind Turness’ comments.

NBC News and Turness deny to TheWrap that this meeting took place or that she had an issue with the story breaking on MSNBC.

Turness’ portfolio has never included MSNBC, so it’s not surprising she hasn’t pushed for any type of fusion between the two networks. In three months on the job, Lack has instituted a bold, mi casa es su casa philosophy between the sibling networks. Already, Lack masterminded Brian Williams‘ career resurrection attempt on MSNBC along with Chuck Todd’s return to the network for a weekday show.

On Williams, one insider told TheWrap Lack’s push for him to join MSNBC wasn’t merely about NBC News’ credibility, but also finding a face for MSNBC daytime, which has had inconsistent ratings since the network’s birth in 1996.

In public, Lack has endorsed Turness in discussions with affiliate stations and at last week’s MSNBC network town hall. Turness also has success on her side with her new boss: the Today show–which is the most profitable arm of NBC News–has won the advertising-coveted 25-54 demo over “Good Morning America” for six out of the last 13 weeks while “Meet the Press” has returned to competitiveness on Sunday.

Aside from Turness, Lack might be indirectly trying to resurrect another career–in MSNBC primetime. Although there’s been no confirmation of direct talks between Keith Olbermann and Lack about a possible return, it’s not out of the question.

“Phil isn’t talking to him, but someone else might be,” another insider told TheWrap, pointing out that like in many tense negotiations, a middleman not directly part of NBC News-MSNBC’s chain of command could be putting out feelers to Olbermann.

The bad blood between Griffin and Olbermann, which dates back to his messy exit in 2011, might still cast a heavy cloud over a possible return. But it’s certainly not a deal breaker.

“Phil might say over my dead body, but Andy doesn’t have those issues,” the insider said.

Another MSNBC insider told TheWrap staffers are skeptical about the new fusion of NBC News-MSNBC strategy, since so far, it’s been like pulling to teeth to get a consistent flow of NBC News personnel to appear on the “Lean Forward” network.

Whether it be lack of desire or lack of availability, NBC News correspondents have not been easily available to MSNBC producers for live shots.

One insider told TheWrap: “We’re told to book them as much as possible, but we either don’t hear back from them for long stretches or are told they’re swamped, maybe later in the week.”

If that’s fusion, Lack has a long way to go.

Lack will also have to overcome a morale mess, as another insider at MSNBC told TheWrap producers have had their heads hanging low for weeks, particularly last week after a Mediate report said the network’s 3-5 p.m. lineup of “The Cycle,” Alex Wagner and Ed Schultz will be canceled.

“Morale here was low after the report about the cancellations,” the insider said.